When the Cravings journey first started twelve years ago, I was at the height of my love affair with fat: the fattiest cut of steak, butter and cream all the way, bacon on my cheeseburger, and so on. As Cravings has evolved, so have my palate and preferences. These days, I crave more seafood and cleaner foods, so I am always drawn to raw bars and the myriad interpretations of raw foods. Here are some current favorites in the raw category. 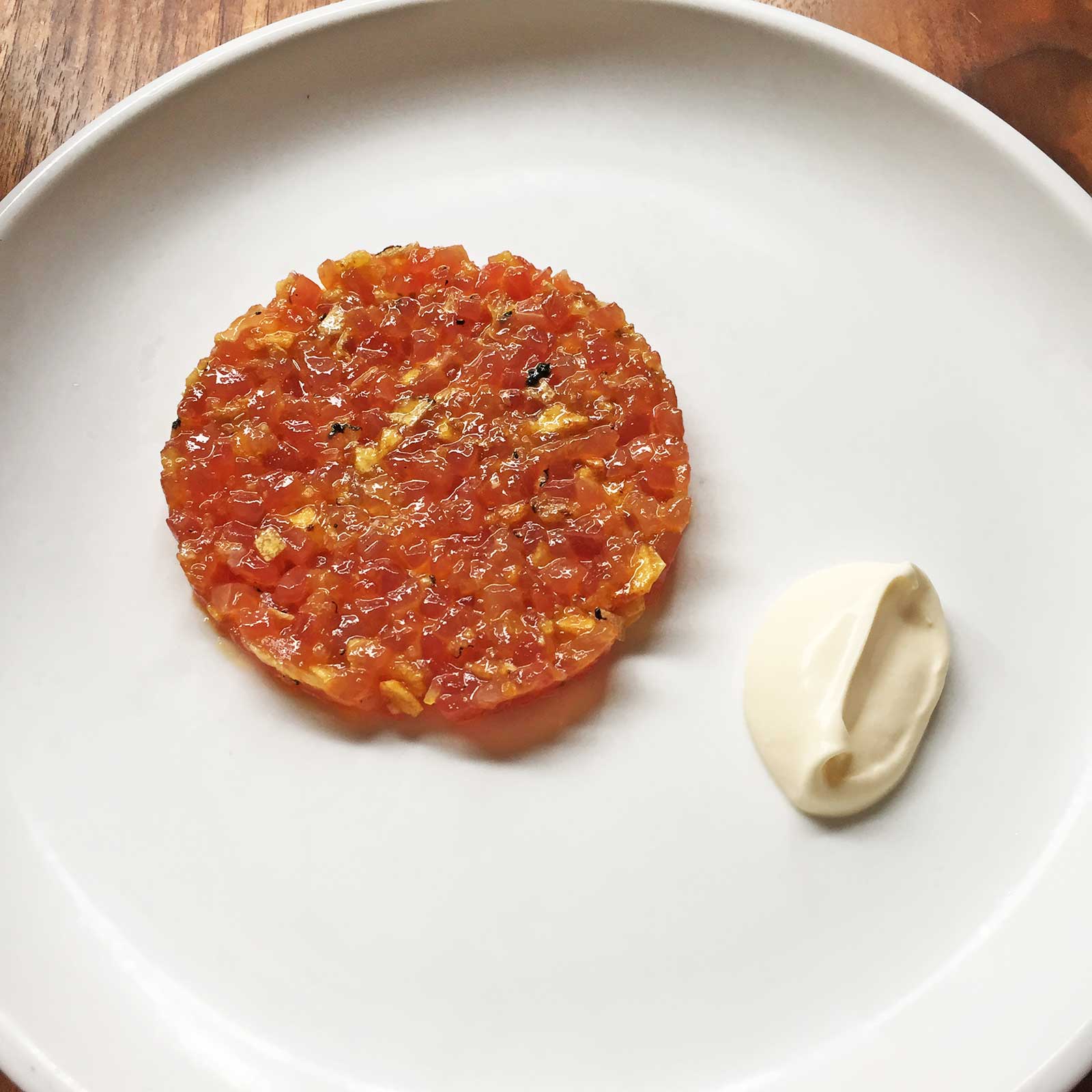 This is one of the best tuna tartares I’ve ever had! Perfectly well-balanced, and reminds me of really good poke in Hawaii — fresh fish, precisely seasoned (not like the cheap fast food poke trends that have popped up all over New York City recently). Flora Bar’s tuna is finely diced, which imparts a different mouthfeel than larger... full article

With few Cravings-worthy sushi restaurants downtown these days that offer omakase options under $250, Sushi Katsuei saves the day. Seasonal and daily recommendations are key. For example, firefly squid is now in season, and the golden eye snapper couldn’t be fattier. As always, sit in front of chef Aung Ko Win and nowhere else. 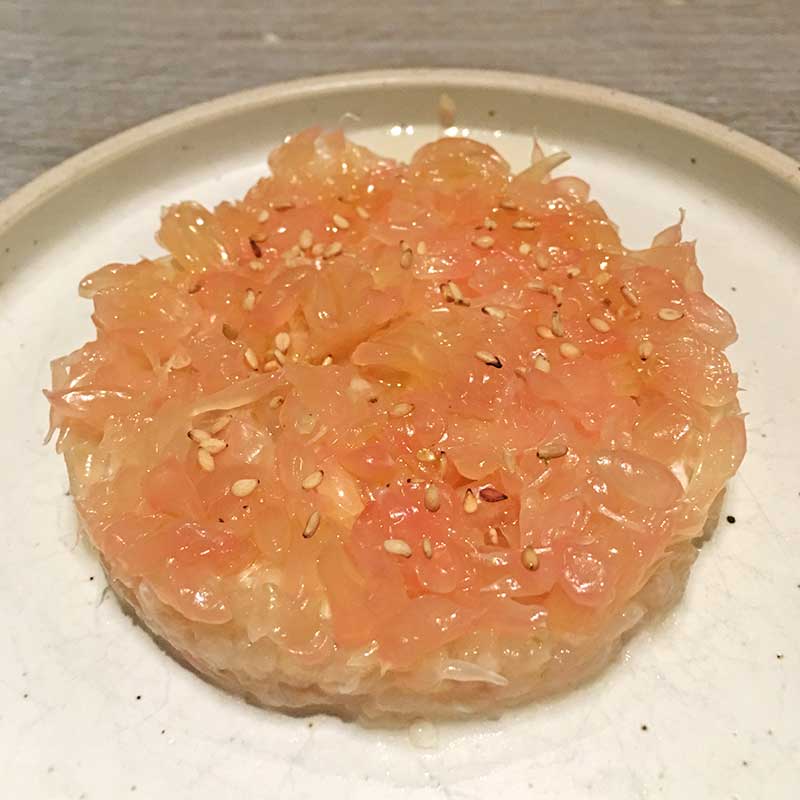 Fluke with radish, pomelo and sesame seeds was one of my favorite dishes at Atoboy. Fluke is such a delicate fish with such mild flavor that the pairing of pomelo was just the right touch to add mild acidity and sweetness. The menu changes frequently so don’t be disappointed if there’s a different fish tartare on the menu. Embrace the adventure! 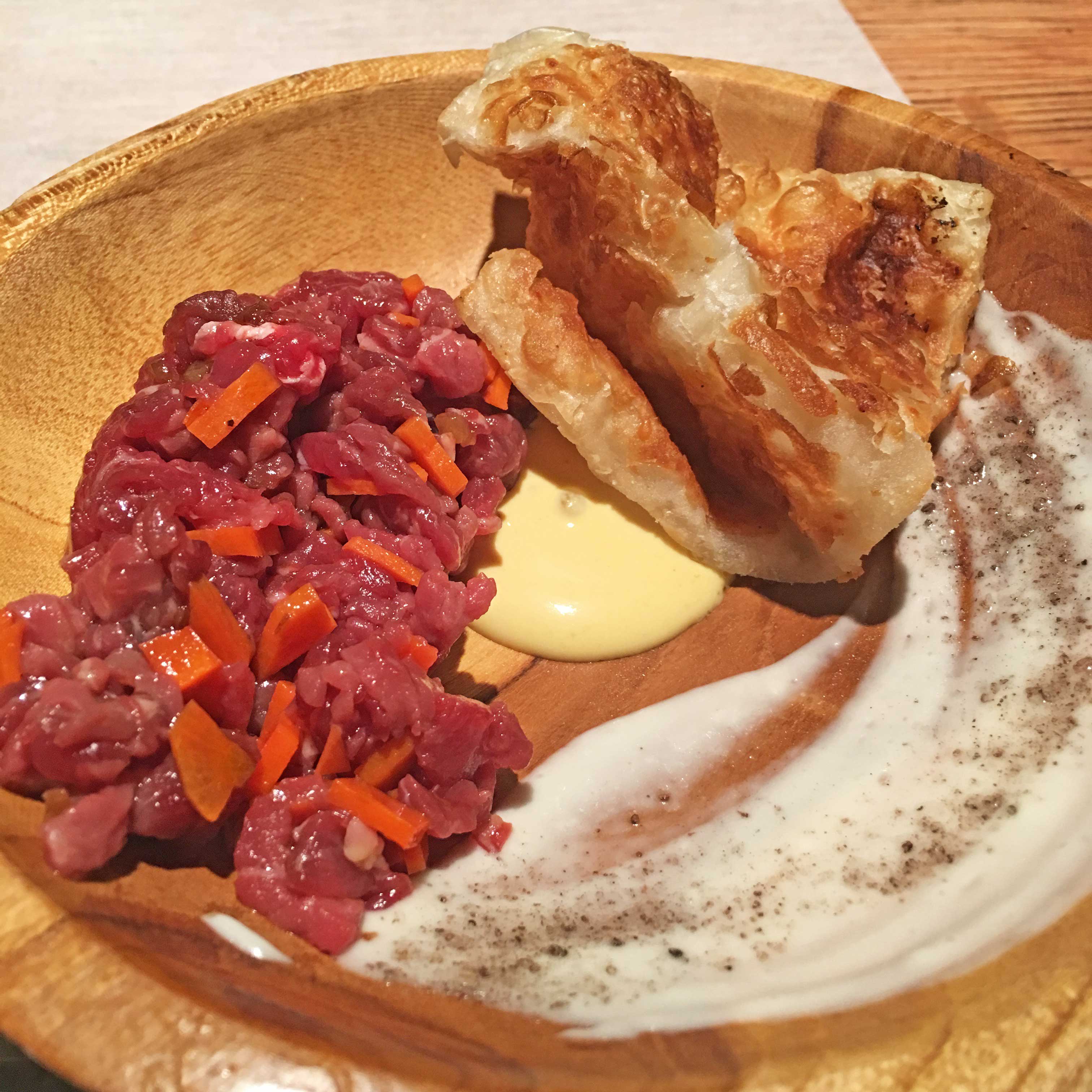 Little Tong is impressive in that every dish on the menu is a surprise and well-executed, not just the mixian noodles that chef Simone Tong made the focus of her restaurant. For example, the beef tartare with Sichuan butter pairs so well with the roti-like pancakes; chef Tong says they initially experimented with fried mantou for this dish,... full article 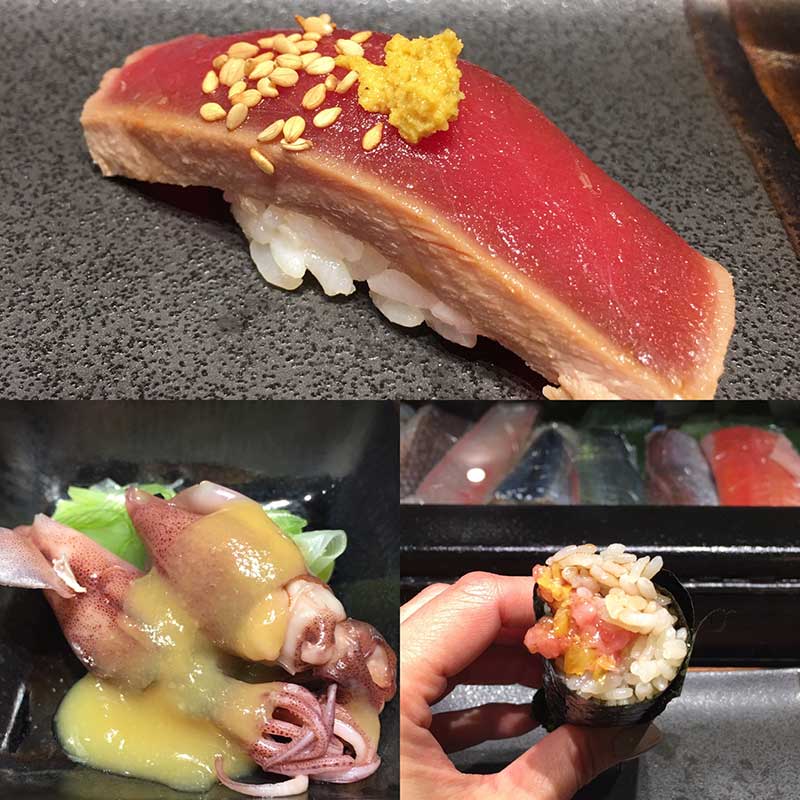 Dining at Chef Inoue’s counter is a lot of fun as he’s such a good entertainer while he prepares your nigiri. The omakase counter is pricey but worth it — I usually prefer just sushi omakase rather than the entire omakase experience, but in order sit at the counter, you must order the omakase counter. Chef Inoue was previously at Sushi Azabu,... full article 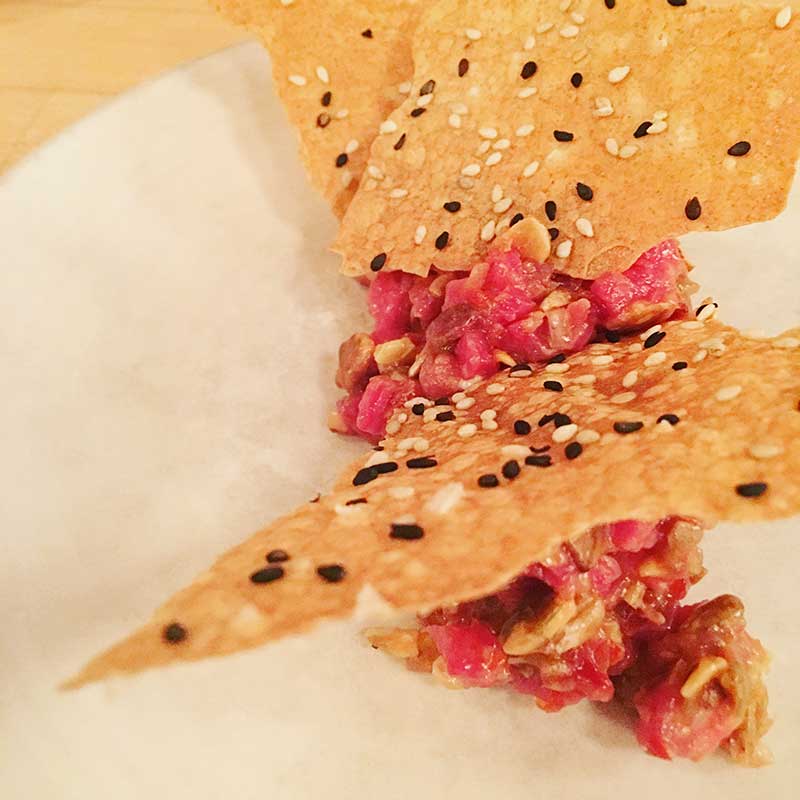 The Four Horsemen’s beef tartare stands out vividly, as the taste of sambal chiles in the dry aged sirloin mixed with buttermilk instead of egg creates a memorable experience. The crisp of the sesame crackers offers a layer of textural contrast from the tartare. 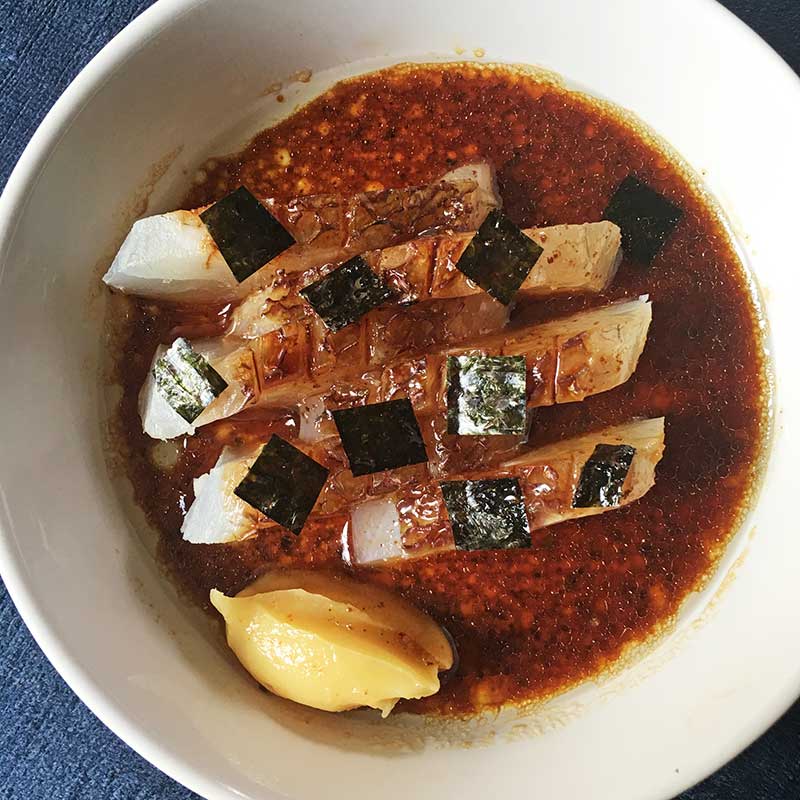 Chef Liz Johnson is so incredibly talented, and young! I had the pleasure of meeting her and her boyfriend (at the time, now fiancé) Will Aghajanian in San Sebastian — they sat at the table across from mine at Ibai for lunch — before she became the darling of the New York restaurant scene. I’ve been overjoyed to... full article