As I mapped out my New Orleans dining adventures, it dawned on me that most of the restaurants were on Magazine Street. I wondered whether my choices were not diverse enough, but Magazine Street is a six-mile trek that follows the curving course of the Mississippi River, and the neighboring Warehouse, Garden and Uptown Districts, where some of the top restaurants concentrate, were a good introduction to the city. By the end of my three-day sojourn in NOLA, I had already gained a little weight from the delicious but hearty local fare we sampled, and I understood why it’s sometimes referred to as the Big Easy. New Orleans’ dining is more casual than it is in New York. Overall, food, service and atmosphere are less sophisticated, as the pace of life is much more relaxed. It’s a nice getaway for a little laid-back Southern comfort. 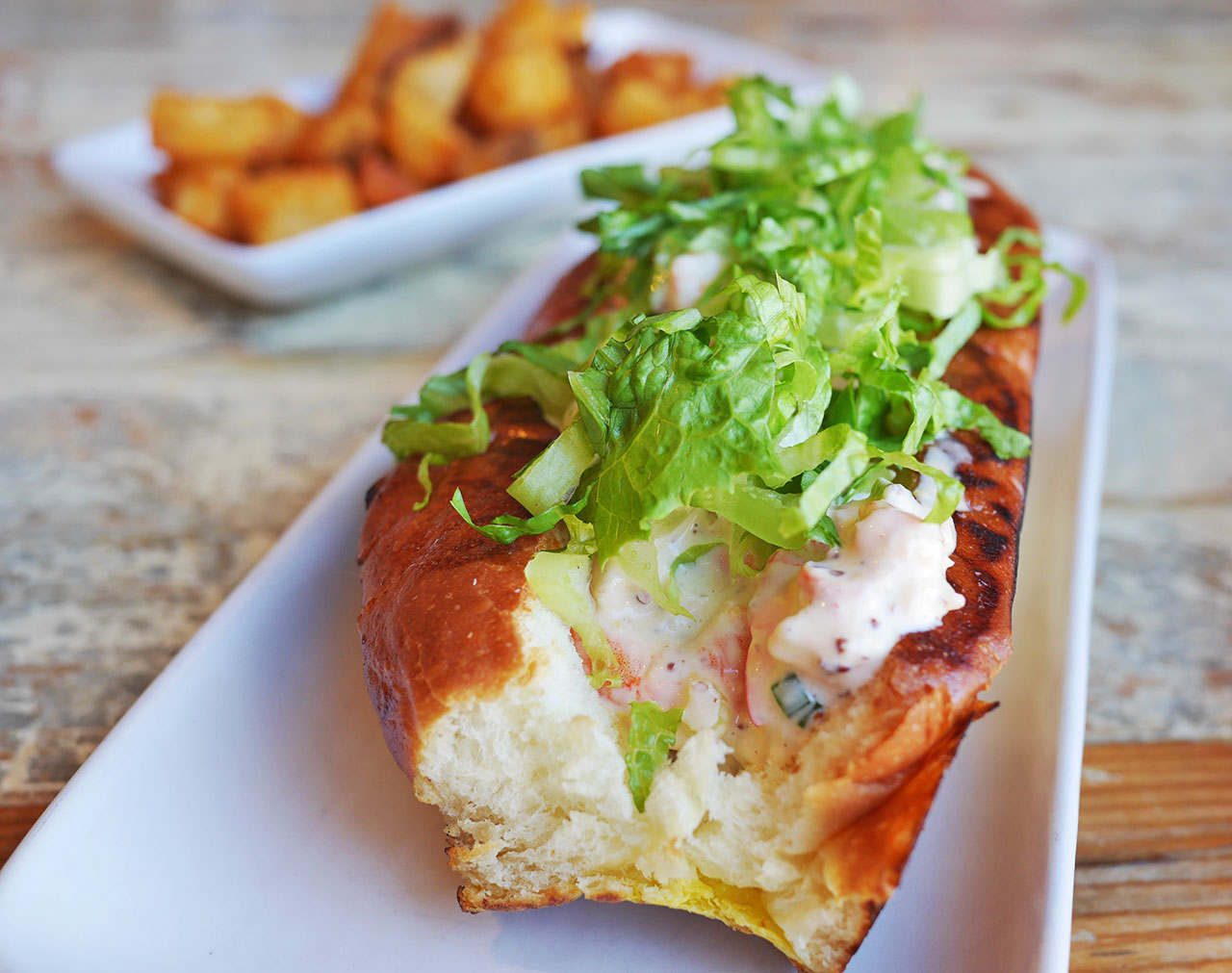 The focus of the trip to New Orleans was Pêche, a seafood grill owned by partners Donald Link, Stephen Stryjewski and Ryan Prewitt that beat our locals, Betony and Carbone, to become this year’s Best New Restaurant in the James Beard Foundation Awards. I had the pleasure of dining at Pêche twice. The menu is the same at lunch and dinner.... full article 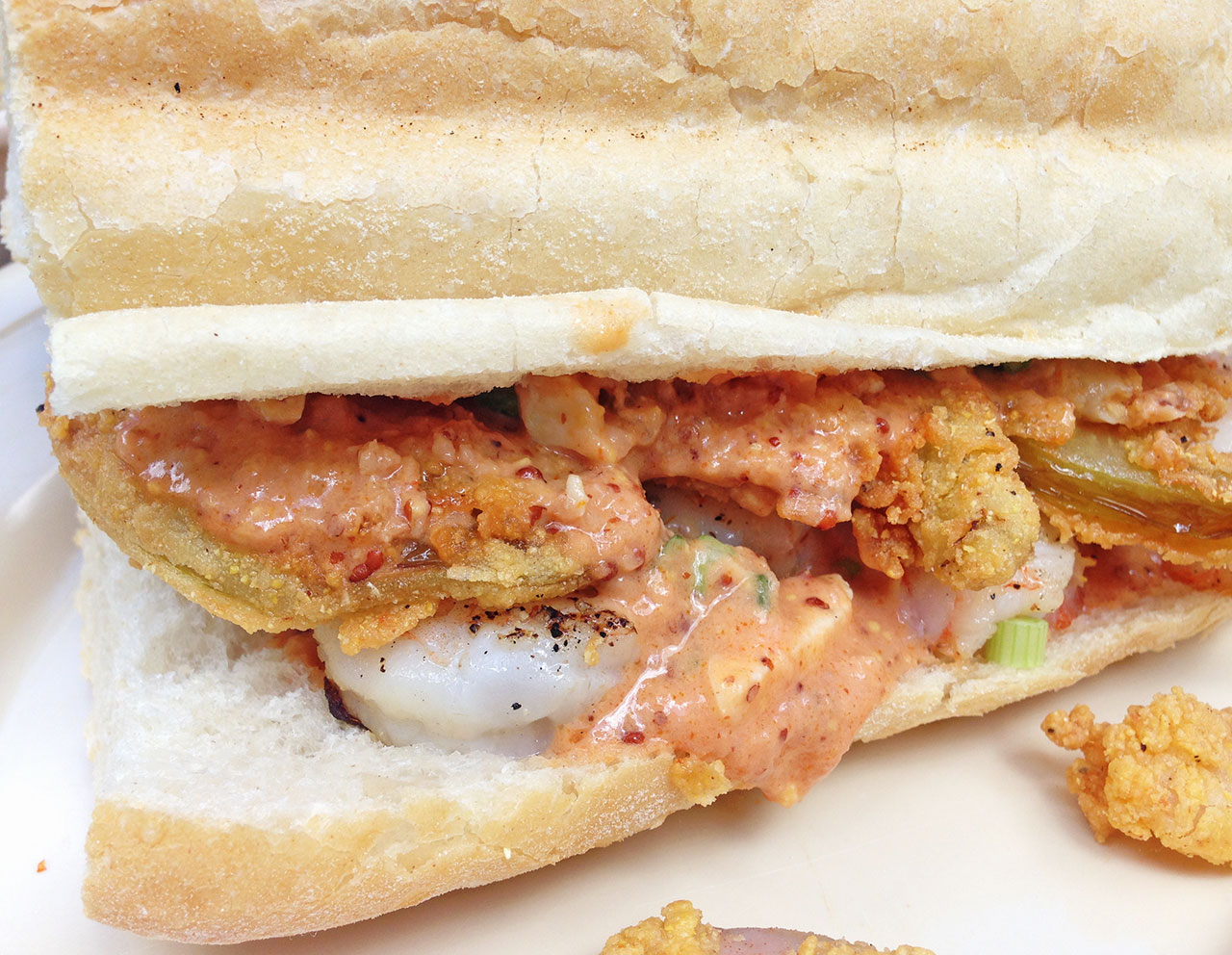 B. Mahony's Po-Boys and Seafood

As our cab driver taking us to Mahony’s grumbled over going so far when the best po-boy was just around the corner, I realized every local takes pride in their favorite po-boy. Mahony’s is considered a more modern and pricier joint, and I’m told that you either love it or hate it. I loved it because the shrimp and oysters were... full article 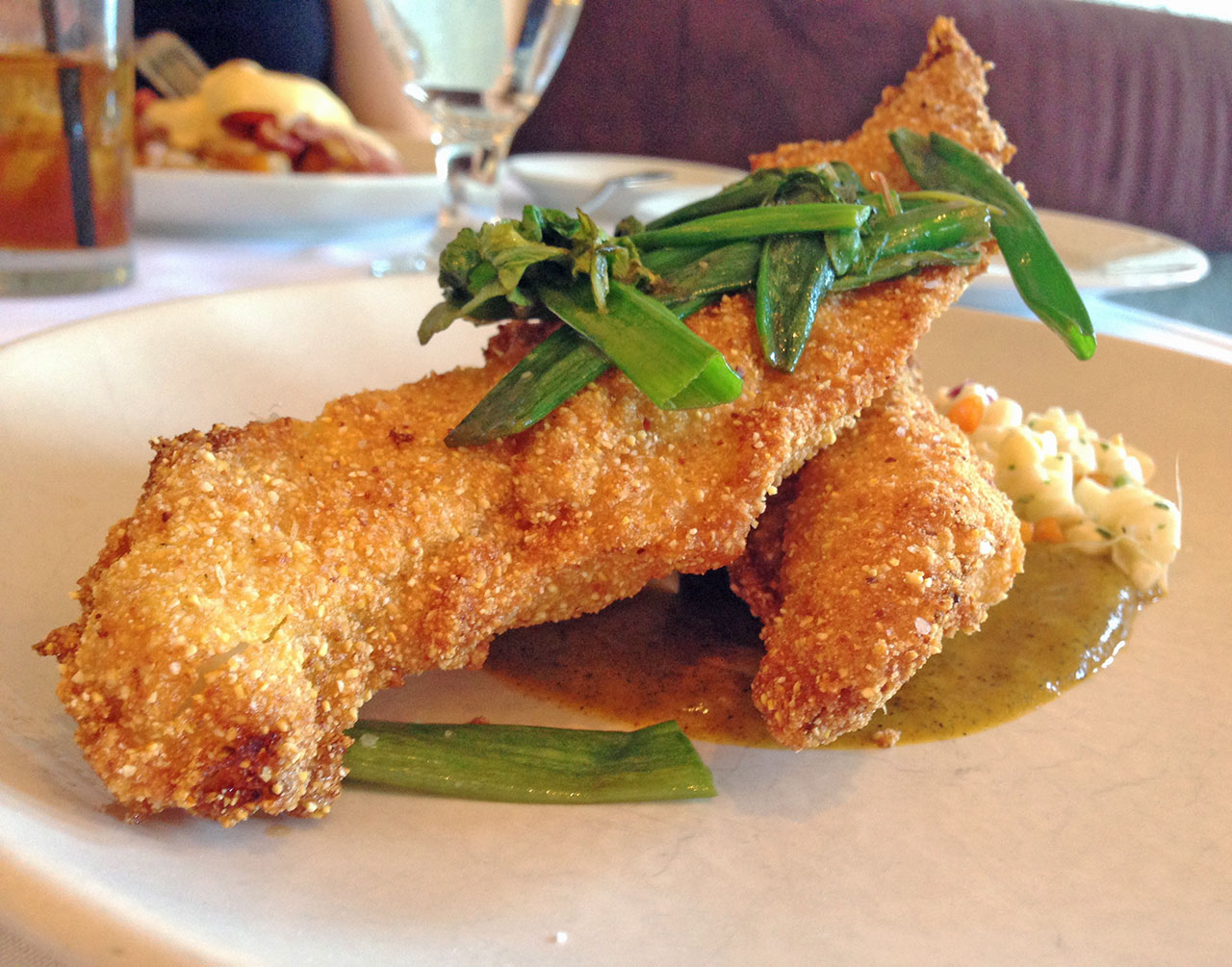 Coquette has a bright, open and fun vibe. A two-story restaurant with outdoor seating on the corner of Magazine Street and Washington Avenue in the Garden District, it’s modern and inviting. Chef-owner Michael Stoltzfus focuses on innovative Southern cuisine using locally sourced produce. From the minute the maître d’ greets you, you... full article 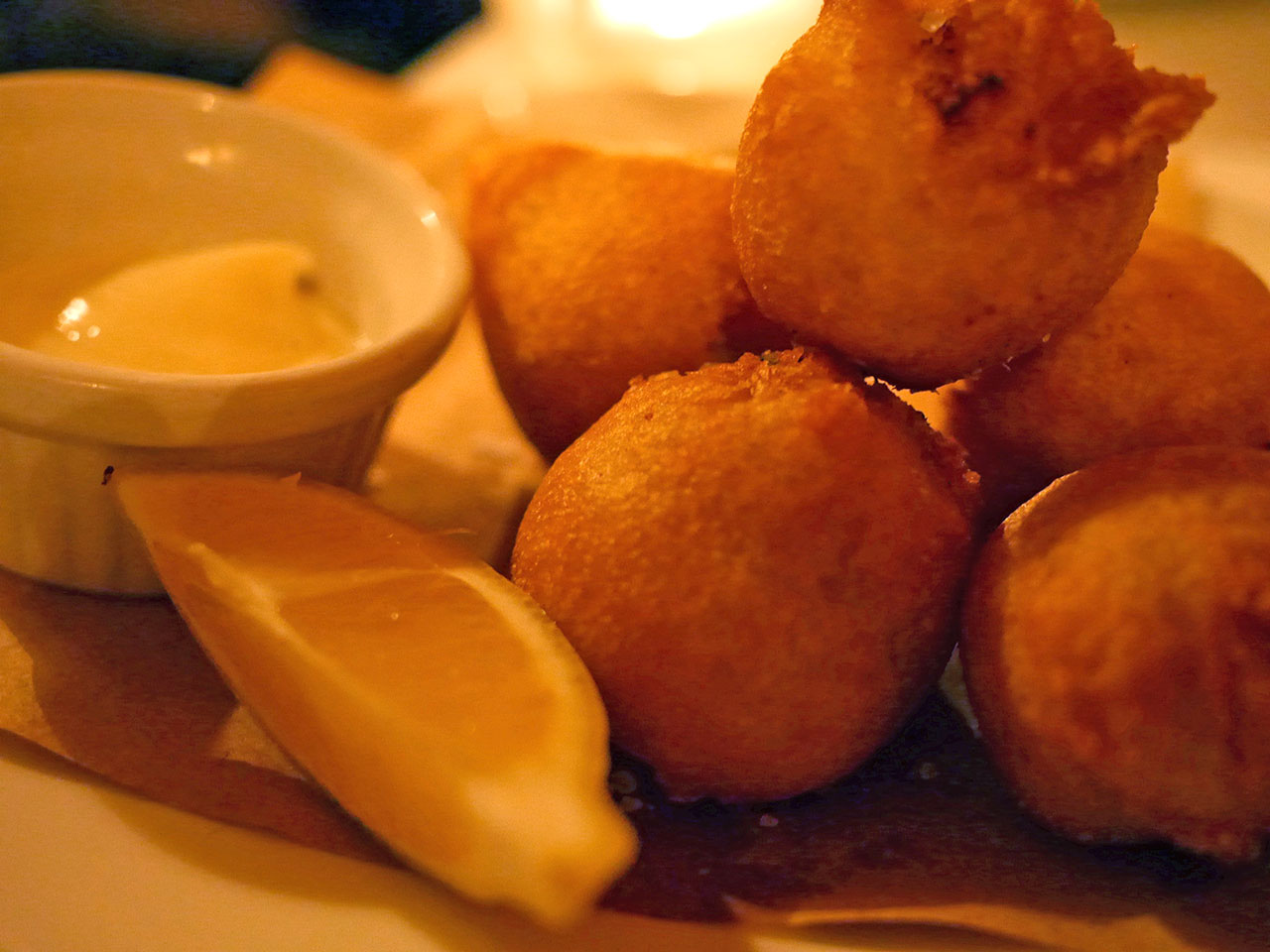 A classic, La Petit Grocery’s cuisine is precise — French in training but with a focus on local flavors. The ricotta dumplings melt in your mouth, and the blue crab beignets delight the tongue. The turtle Bolognese bucatini pays tribute to the Louisiana classic, turtle soup, with ground turtle meat in a sherry, spice-based sauce. This... full article 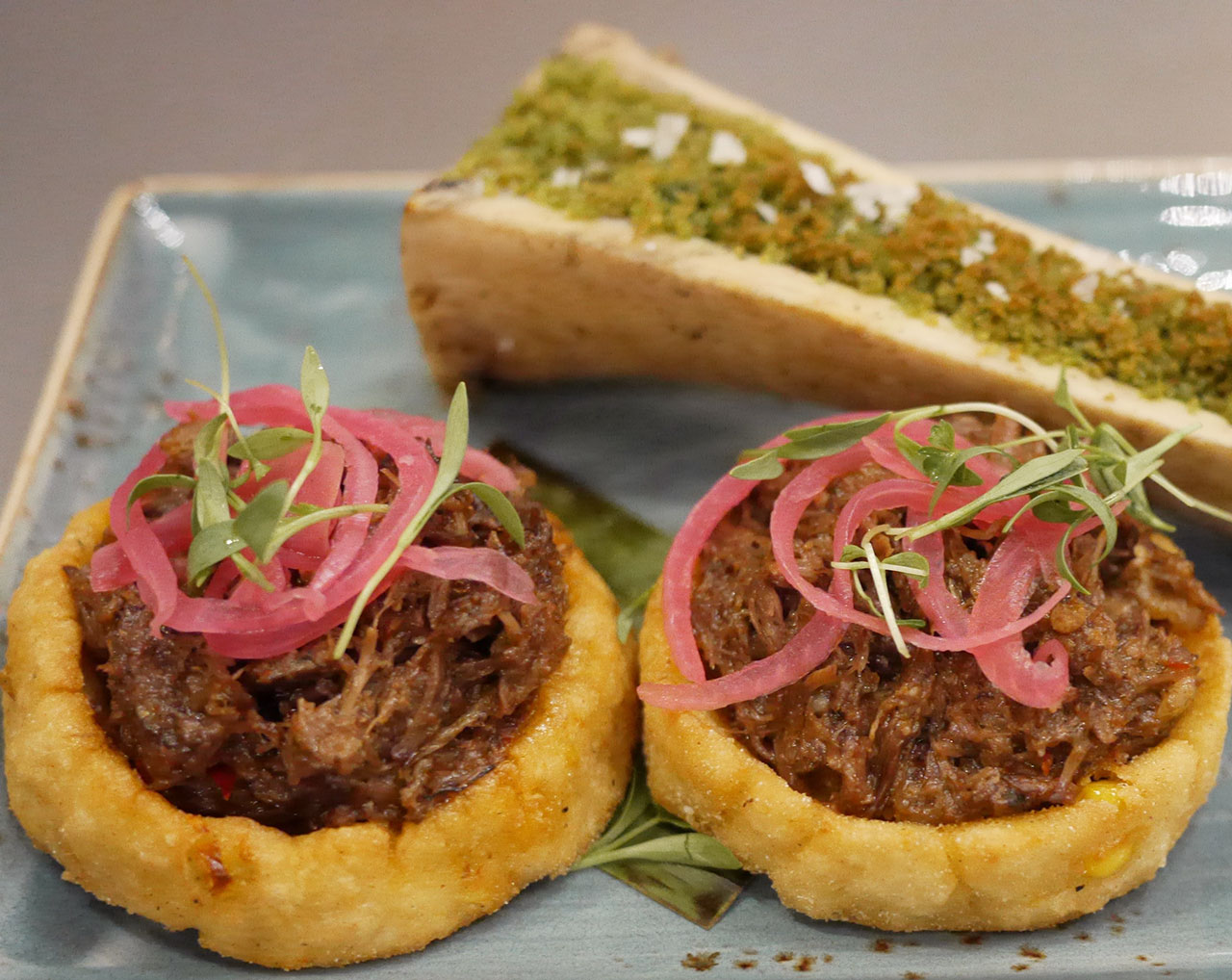 At the invitation of the restaurant, I checked out the two-week old New Orleans outpost of Johnny Sánchez, (the first one opened in Baltimore in August), the modern Mexican collaboration of John Besh and Aarón Sánchez. Upon arriving at the restaurant, I wasn’t sure what to expect. The high ceilings open to a cavernous space with two sides to it... full article 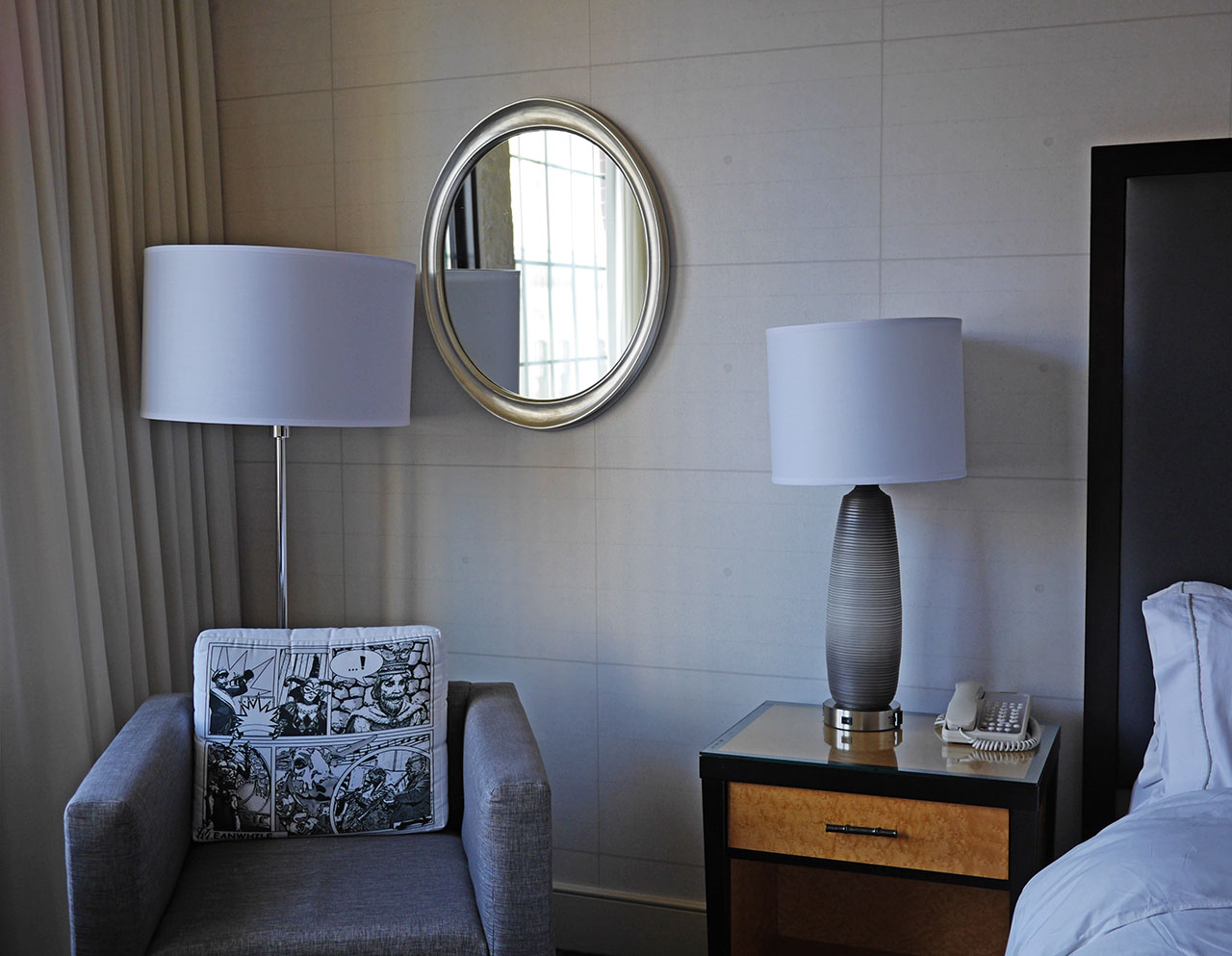 On this trip, I decided to try out the Marriott group because there is a new Marriott Chase Visa card promotion offering 70,000 bonus points if you spend $2,000 in the first three months. So we tried two Marriott hotels in New Orleans, the first night at the Ritz-Carlton in the French Quarter, the next two at the Renaissance New Orleans... full article 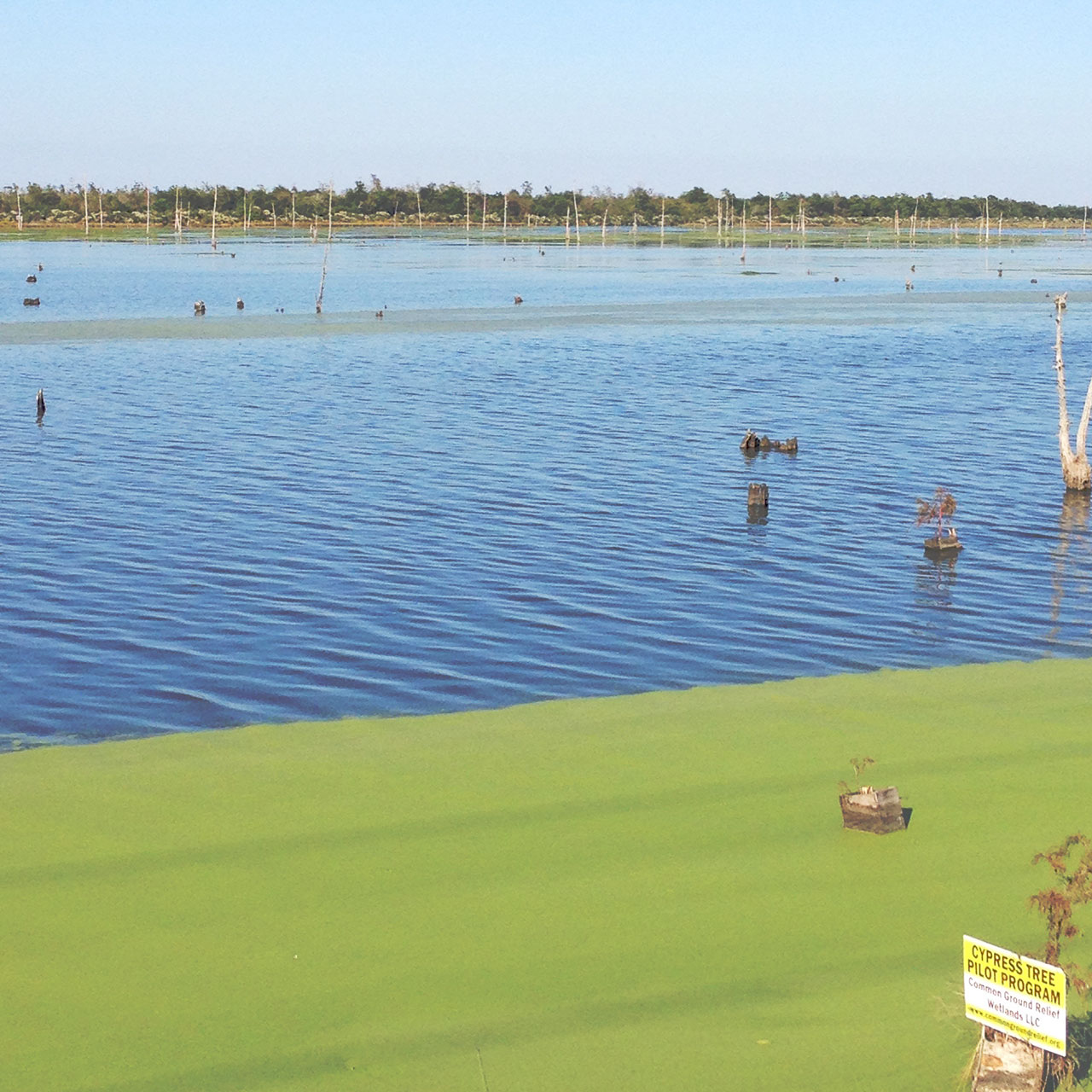 In a tour of the city, we first visited the expansive Lake Pontchartrain, where you can go sailing. We then toured the Lower 9th Ward, one of the most devastated areas during Katrina. Seeing some of the redevelopment and empty lots of homes that were washed away was a surreal experience. As was visiting the Bayou Bienvenue Wetland Triangle, a... full article 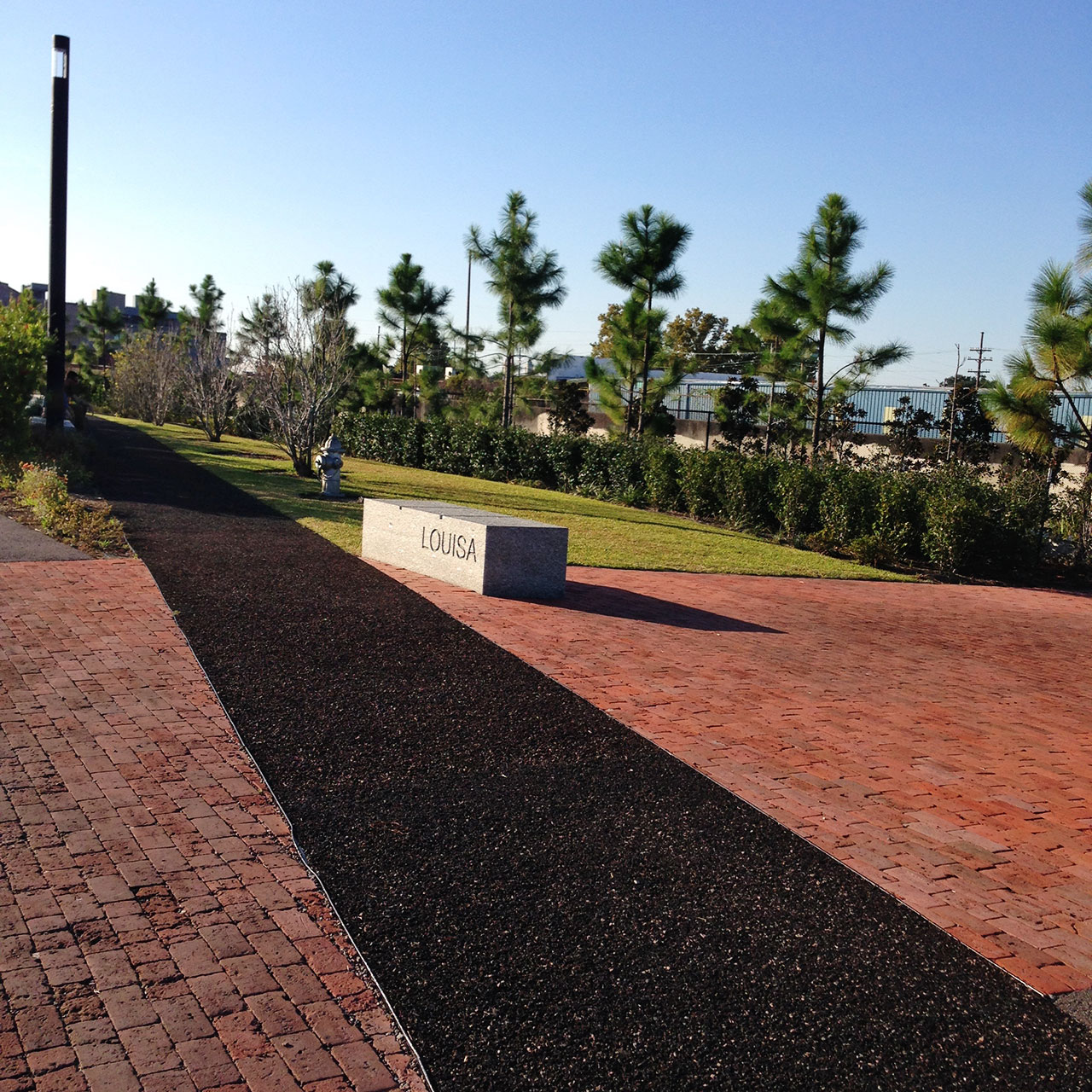 Bywater is the Williamsburg of New Orleans. The area is hip with cool bars and restaurants worth visiting: Bacchanal, Elizabeth’s Restaurant and Pizza Delicious. One of the best things about the neighborhood is the newly developed Crescent Park. Spacious and overlooking the Mississippi River, the park reminds me of the Highline in New York in its... full article 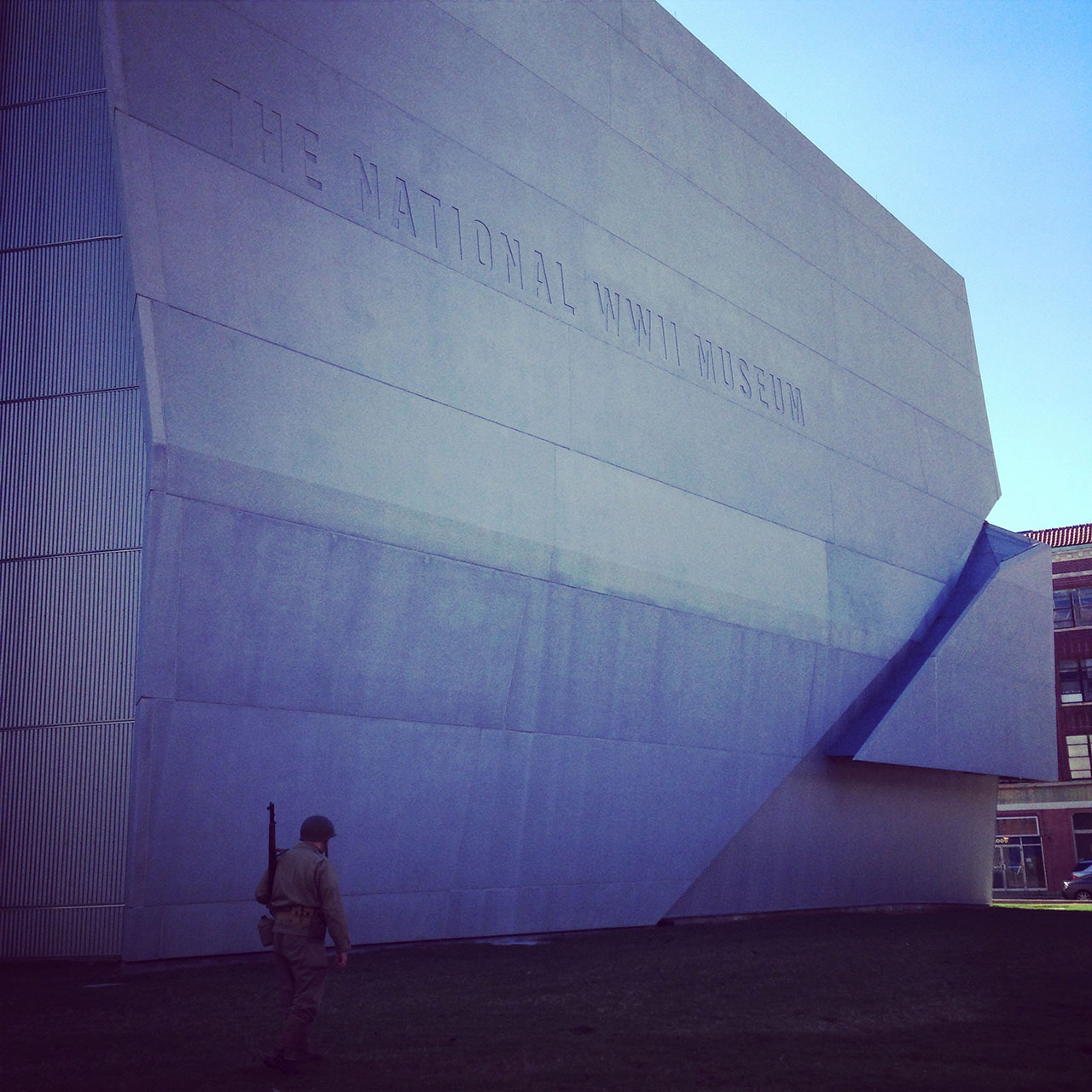 For art and history lovers, the Warehouse District is where the National World War II Museum, the Confederate Memorial Hall Museum, the Ogden Museum of Southern Art and the Contemporary Arts Center are all within a two-block radius. 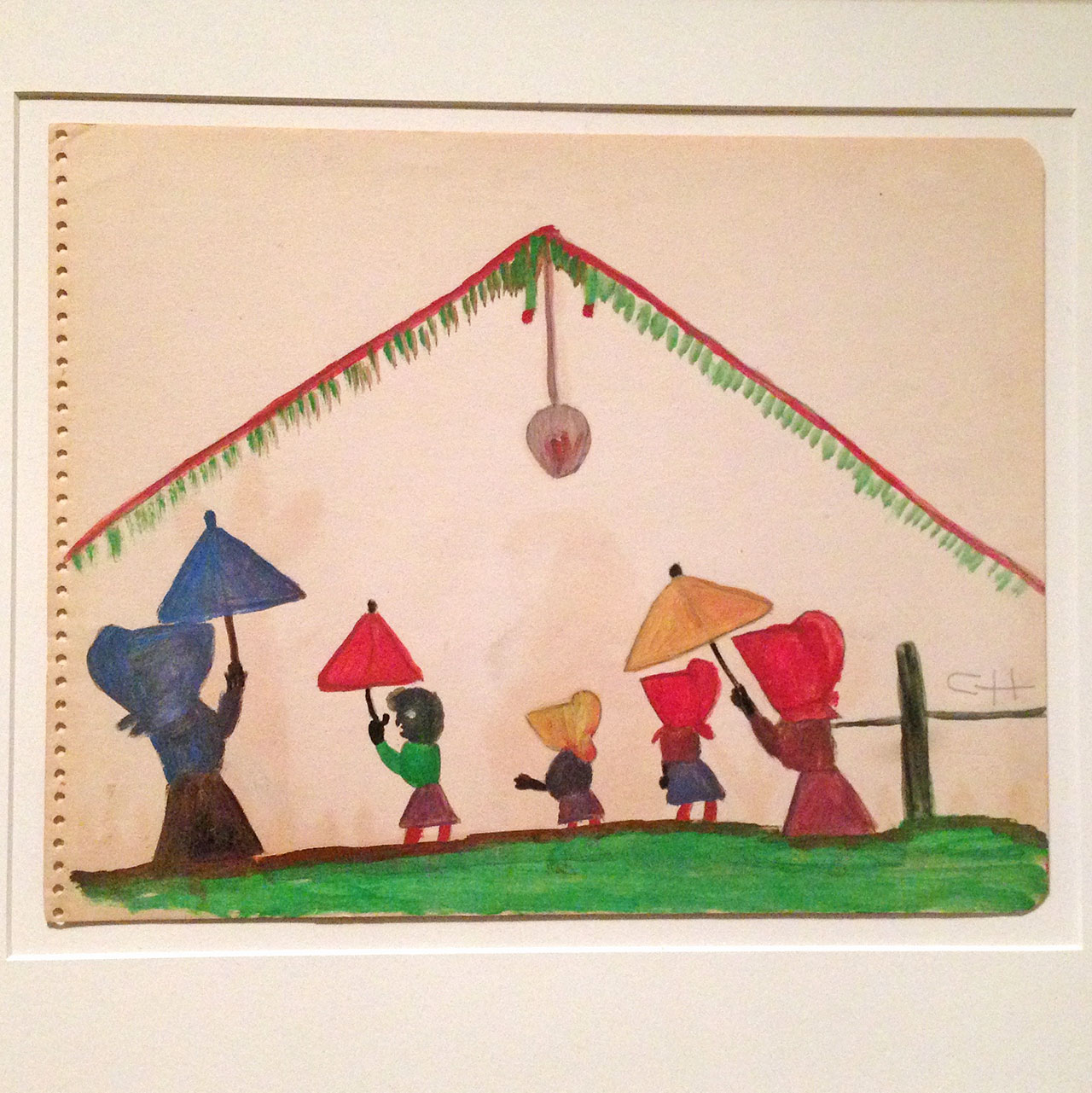 As an admirer of folk art, I visited the Ogden Museum to see “The Gasperi Collection: Self-taught, Outsider and Visionary Art” exhibit that includes 26 previously unseen works from the sketchbook of Louisiana artist Clementine Hunter. What a treat! Hunter captures the emotions and spirit of her community so vividly in her paintings. She has a... full article