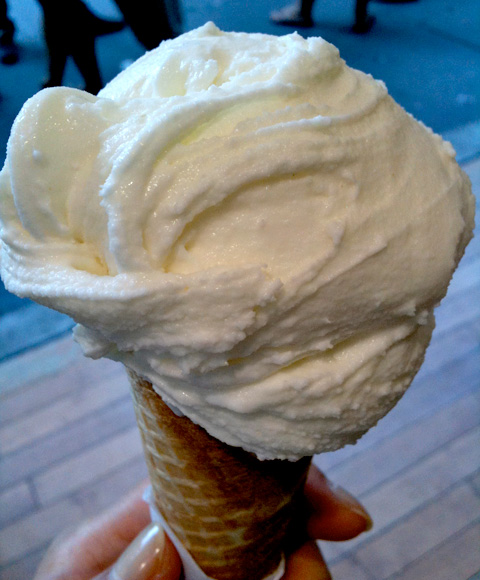 Grom, the Turin-based Italian gelato shop, made waves when it opened its first store abroad, on the Upper West Side. At $5 for a single scoop, it’s rather pricey, but fans swear that this is the best gelato ever. They’re doing so well that they opened a second store in Greenwich Village, taking over the old Joe’s Pizza spot on the corner of Carmine and Bleecker. And I must confess, I’ll go out of my way just to get my yogurt gelato on a cone. Made from all natural ingredients sourced worldwide for the highest quality, Grom’s gelato and sorbet are delightful to experience. You might ask why yogurt gelato when there’s a dearth of fro-yo shops that keep popping up around the City. But it’s the texture of the gelato that makes it so special. This is no frozen yogurt.