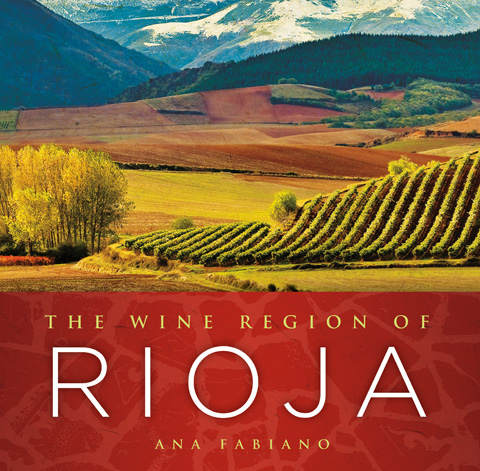 The Wine Region of Rioja

The wine world is often oversimplified into the Old World versus the New World. While I’m not a fan of such simplifications, they can paint a pretty clear picture of what to expect from a particular region. For me, Rioja is one of the exceptions. With its long tradition of winemaking and especially wine aging, you would never mistake Rioja for anything other than Old World, but it also surprises with its embrace of the new ways. The region’s cutting-edge architecture is a very obvious and visible sign.

Ana Fabiano’s “The Wine Region of Rioja” captures the essence of this northern Spanish wine region that holds on to its tradition but dares to incorporate the future. The book is organized to highlight this uniqueness. For example, chapter six focuses on “The Grand Old Bodegas of Rioja” (wineries over 100 years old) followed by chapter seven which introduces “Some Newer Bodegas of Rioja” (wineries founded after the 1960s). Notable wineries include C.V.N.E., R. López de Heredia and Roda. She underscores this co-existence as the unique feature of the ancient wine region. Also, the many close-up one-page profiles on the personalities that make up La Rioja bring the reader closer to the philosophy and spirit of this region. I like this personal insight.

Flipping through the pages of this comprehensive tome made me really nostalgic for the local highlights such as the tapas crawl in Logroño (which she discusses in chapter one, with a list of personal recommendations) and the carbonic maceration-style joven wines from Rioja Alavesa. This book would be a good primer for anyone travelling to Rioja, as it gives a clear overview of the geography, grape varieties, historic sites and wine styles. Personally, I wish there was a section devoted to the stunning, space-age architecture that blends remarkably right into the ancient landscape and wineries — including work by Frank Gehry, Zaha Hadid and Santiago Calatrava. Extraordinary design extends inside the structures as well. Let me just say that the tasting room in Campo Viejo is a cross between a James Bond and a Star Trek movie set. Now, you must see it for yourself!