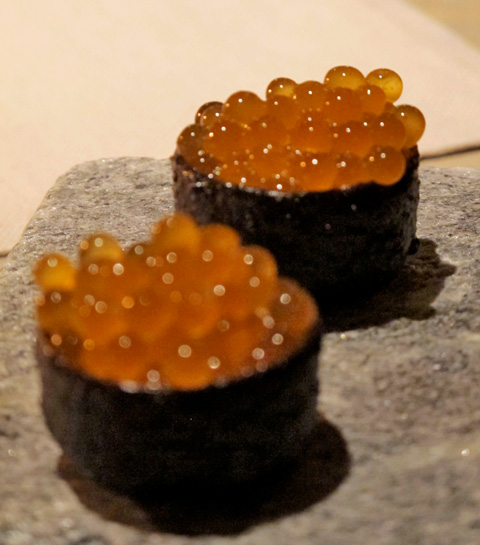 Fäviken is a little remote. Close to the Arctic Circle and the ski resort town of Åre in Sweden, it’s an hour plane ride (or six-hour train ride) north from Stockholm, followed by another hour drive to the 20,000-acre estate called Fäviken, where up to 12 diners can enjoy an evening of suspense-filled gastronomic delights and theatrics. It’s also a bed and breakfast; from pre-dinner drinks in the den below the dining room to post dinner drinks by the fireplace in the lounge, diners feel much more like welcome houseguests than mere customers in this intimate and warm farmhouse setting. Only the most deeply devoted food lovers make the journey to Fäviken. Together in this rare and fantastical dream of a restaurant called Faviken, we all felt a certain kinship. 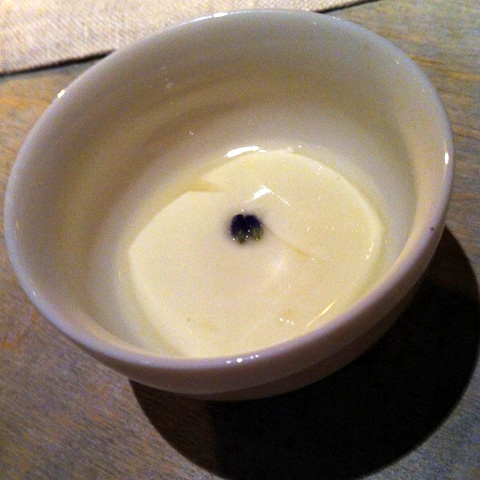 With only 12 guests, each evening is a dinner party, and naturally there’s an aperitif hour with hors d’oeuvres before the meal so guests have a chance to get to know each other. I started with a glass of Jacques Lassaigne Vignes de Montgueux Brut Blanc de Blancs, a beautifully streamlined Chardonnay champagne from a family vineyard of natural wines, which paired well with the very fresh cheese served in warm whey and lavender. The cheese, made minutes before serving and sitting in its own serum, was spectacular — and an introduction to what to expect for the evening. Raw freshness, as in harvested just minutes before serving, is the essence of Fäviken and central to chef Magnus Nilsson’s cuisine.*

One of my favorite starters was the wild trout roe in dried pig’s blood crust. This may sound off-putting, but I grew up eating congealed pig’s and duck’s blood in Chinese cuisine, so it was not foreign to me. The genius of this pig’s blood crust was that it looked like the seaweed gunkanmaki-style, so at first glance, I thought this was salmon roe sushi. But the crust was much crispier than seaweed and the flavor had more weight to match the fresh trout roe. Crispy lichens and dried fish also made for perfect snack hour complements. Dinner followed upstairs, where each party was seated at its own table. 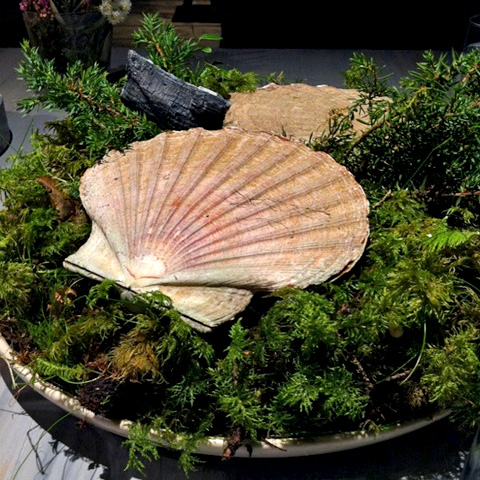 An amazing 13 courses followed, starting with the famous scallop cooked over burning juniper branches — a gigantic scallop, with jus so fresh and salty it seemed like we were eating it out of the sea. The raw mussel and wild pea pie was so delicate and freshly baked, it almost crumbled in my fingers because I didn’t pop it in my mouth quickly enough. The steamed broccoli with sheep’s cream whisked with vinegar-fermented beer and grated cod roe almost sounds run-of-the-mill, but in-season broccoli in Sweden is a gift from the gods. Just a little dash of the fluffy beer cream and savory cod roe revealed its essential vibrant sweetness. 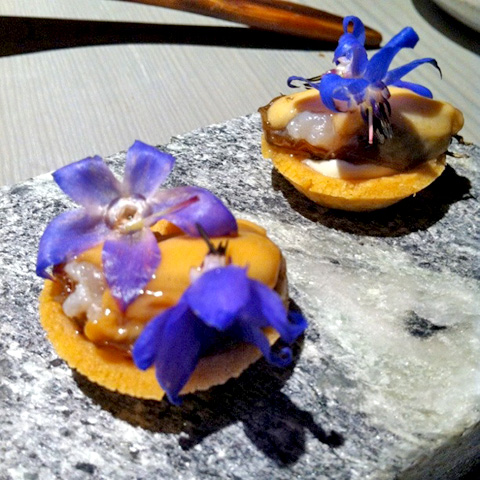 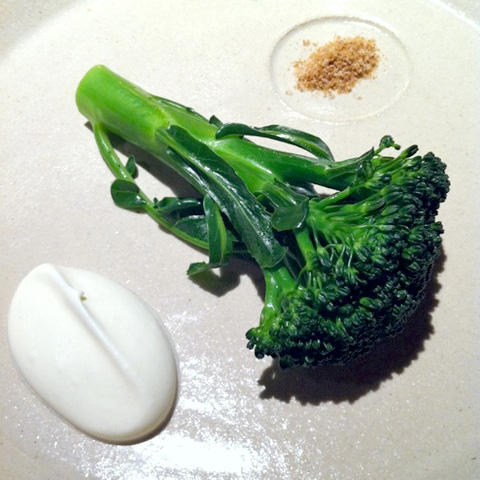 Most memorable was the diced raw moose heart with moose marrow, grey pea flowers, toasts and herb salt. Chef Nilsson and another chef present a moose femur in the middle of the dining room, and then begin to saw it open — in case we didn’t believe how fresh it was. Nilsson then scoops out the fresh marrow and mixes it with the heart dices, which warms the entire dish. Each morsel is creamy and smooth.. 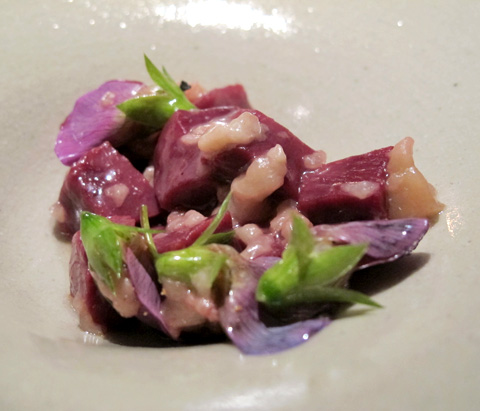 After dinner, we repaired to the den for digestifs and some dried berries, meadow sweet candy and tar pastilles. We got lost in conversation and continued drinking and chatting by the lounge fireplace late into the evening. As I drifted off to sleep in the warm guestroom bed, I couldn’t help but liken the whole experience to a dream. Fäviken: a humble and sweet little inn containing a fairy tale castle’s-worth of grand ambition and genius. 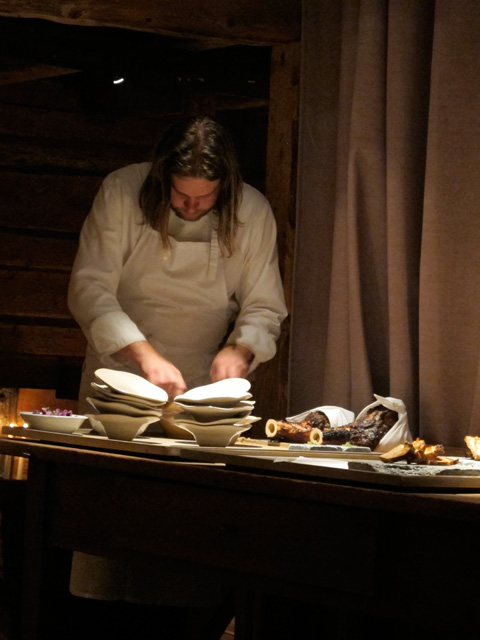 *Chef Nilsson, though only 28 years old with a cherub-like face and sweet smile, started working in the restaurant industry when he was 16. Originally from the area, he worked in France at restaurants including at L’Astrance and L’Arpege, but then decided to return home, as he was tired of cooking other people’s food but had not yet found his own style of cooking. He initially joined the Fäviken estate as a sommelier, helping the owners, the Brummer Family, build their private wine cellar. Eventually the owners offered him the chance to take over as chef at the restaurant — and gave him the freedom to explore. Having come in to his own, Chef Nilsson has elevated Fäviken to a top gastronomic destination for serious food lovers.


Watch our video interview with Magnus Nilsson on Fäviken and his cookbook.