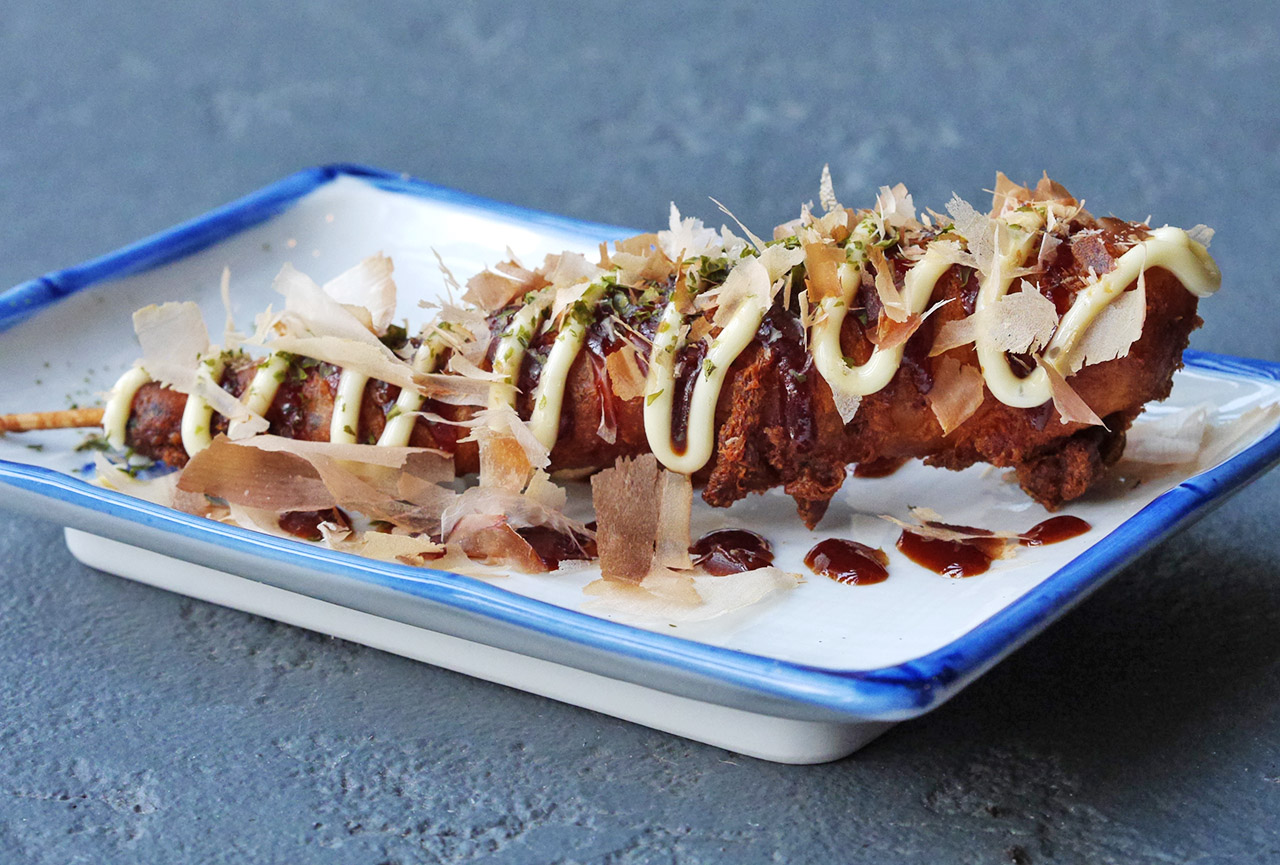 Moku Moku is the new sister yakitori restaurant to Bushwick’s Momo Sushi Shack. An open doorway connects the two, which are bustling with energy — from the creativity coming out of the kitchen to the hipsters who dine there. But don’t mistake this for just another hipster hangout; the quality of the food at Moku Moku is much higher than the price point would lead you to believe. I eat very well here and I love it. Moku Moku has Japanese roots, as co-owner Phillip Gilmour has ties to Williamsburg Japanese restaurant Bozu, and Mexican-born chef Ismael Alvarez reinterprets the cuisine with his own flair. For example, two exceptional dishes are the tako corn dog and the mentaiko mazemen. Tako is octopus in Japanese, and Moku Moku’s corn dog is a twist on the popular Japanese snack takoyaki (octopus balls). Alvarez braises a whole Japanese octopus tentacle, cuts it into small, long pieces, and dips it in takoyaki batter before frying it and garnishing with Japanese mayo, takoyaki sauce and bonito flakes. With deliciously tender pieces large enough to savor, it’s a much-improved version of classic takoyaki, where the octopus is often either undetectable or hard and chewy. 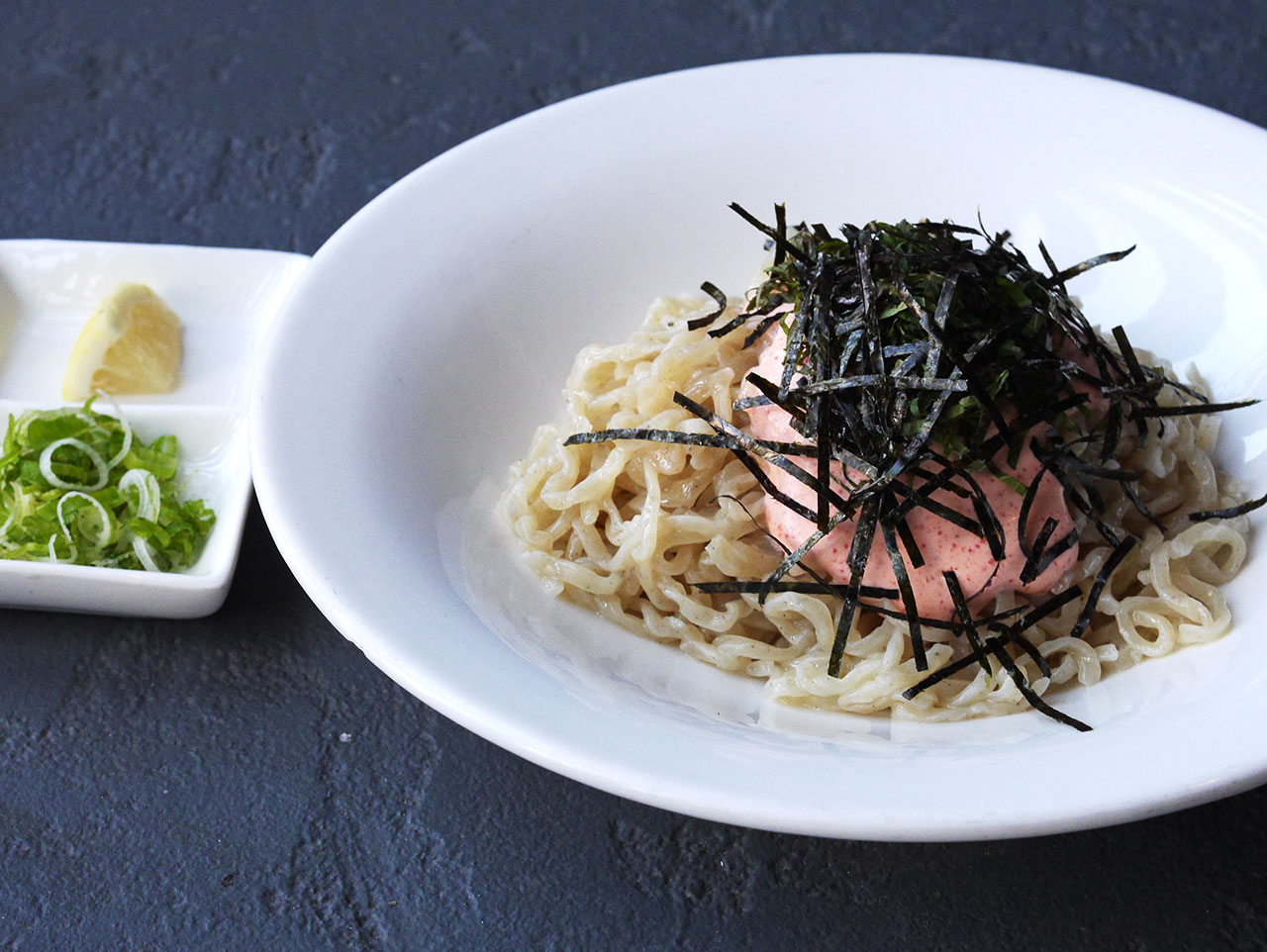 My friend Adria would appreciate the mentaiko mazemen, as she’s been hopelessly addicted to mentaiko spaghetti since we studied abroad together in Kyoto. A creamy pink sauce of mentaiko (spicy marinated fish roe) and heavy cream is served over killer chilled housemade ramen noodles. Topped with shredded seaweed and shiso, it’s rich and refreshing at the same time; the best of both worlds.