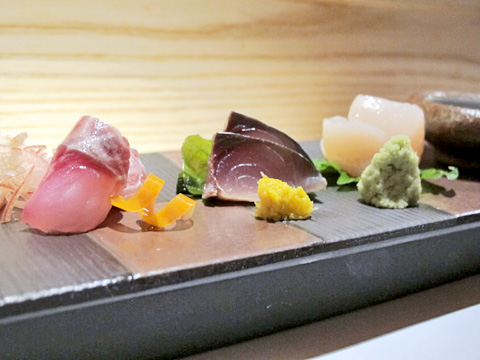 I’m on the lookout for a new sushi joint, so, even though I was not impressed by its sister restaurant, Greenwich Grill, I tried Azabu Sushi after the slew of recent reviews.

The food is good, but it’s overpriced. While the quality of the fish is above average, the selection, catering to a Western audience, is quite mainstream, and though the sushi chefs are good, they’re certainly not masters. As part of my omakase course, for example, I was served ikura (salmon roe), which I found slightly insulting, not because I don’t like it, but because there are much more interesting fish selections for nigirizushi.

What I did enjoy at dinner was the humor of the sushi chef who worked right in front of us. Seemingly the head of the two other chefs at the sushi bar, he was constantly, to little avail, reminding the wait staff to bring us plates or clear them away. The service at both Azabu Sushi and Greenwich Grill is sloppy for a Japanese establishment. There is a clear lack of attention to detail, but that’s a problem with the management. The staff are polite, but basic things like clearing plates and refilling water were missing throughout the night. Forget about asking them to anticipate what you might need next.

The chef apologized for the several “mistakes” that occurred during the evening — specifically some of the chatter amongst his colleagues that shouldn’t have taken place in front of clients — and his joking manner put us at ease without being unprofessional. This made up for a lot.

I don’t usually review places about which I feel ambivalent, but in this case, I have because, while it’s by far no nor the work of Chef Shikanai, the food is above average and should definitely be kept on the radar if you’re in Tribeca and looking for good sushi. 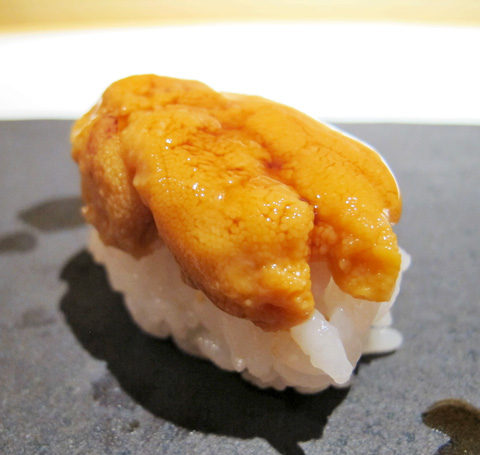