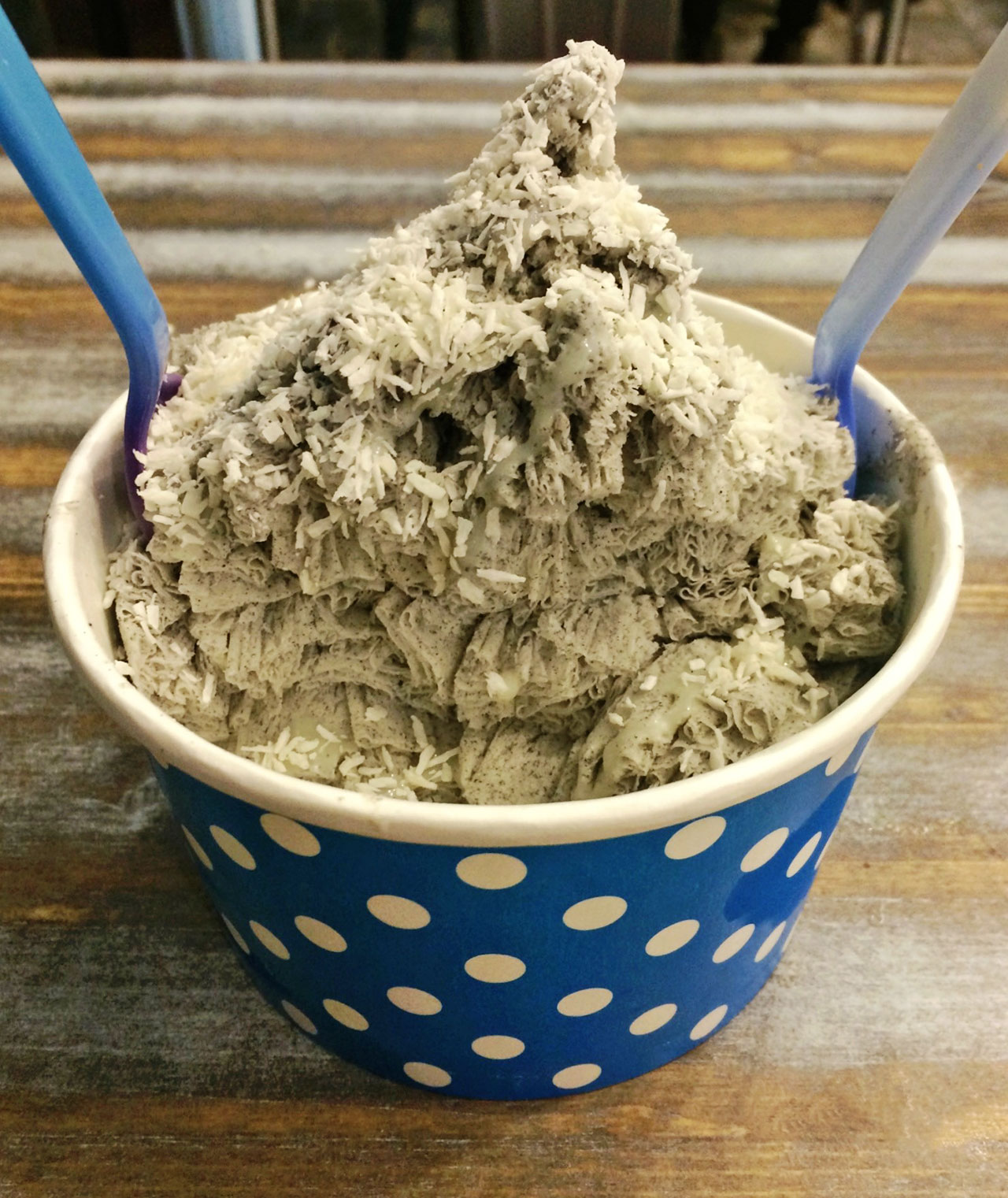 As spring approaches, our snow days might be behind us, but there’s no slowing down the dessert phenomenon Snowdays in the East Village has created. I grew up in Taiwan, where shaved ice is our national pride. But shaved cream was a first for me. Inspired by shaved ice from Taiwan and Korea, shaved cream is a West Coast invention, using dairy to create a cross between shaved ice and ice cream. The shaved creams are made with low-fat milk and heavy cream from the Hudson Valley (except for the vegan coconut flavor, which is made with coconut milk and coconut cream), then flavored and frozen into blocks for shaving into the fluffy texture of snow. Staple shaved-cream flavors at Snowdays, including roasted black sesame, green tea matcha, coconut, sweet milk and New York cheesecake, showcase a selection of Eastern and Western flavors, as do the toppings, which range from red bean, mochi and grass jelly to Cap’n Crunch and Nilla Wafers. But owner Tony Quash explains there are also seasonal flavors, like cornbread in the fall and watermelon in the summer. I have a penchant for desserts that are less sweet, so the roasted black sesame with just a drizzle of condensed milk and sprinkle of coconut does the trick for me, but most of the die-hards I observed went crazy loading up on toppings, giving the dessert more dimension and pizazz. I crave shaved cream because the texture and consistency is lighter than ice cream, but it’s just as fun and delicious — like eating snow!