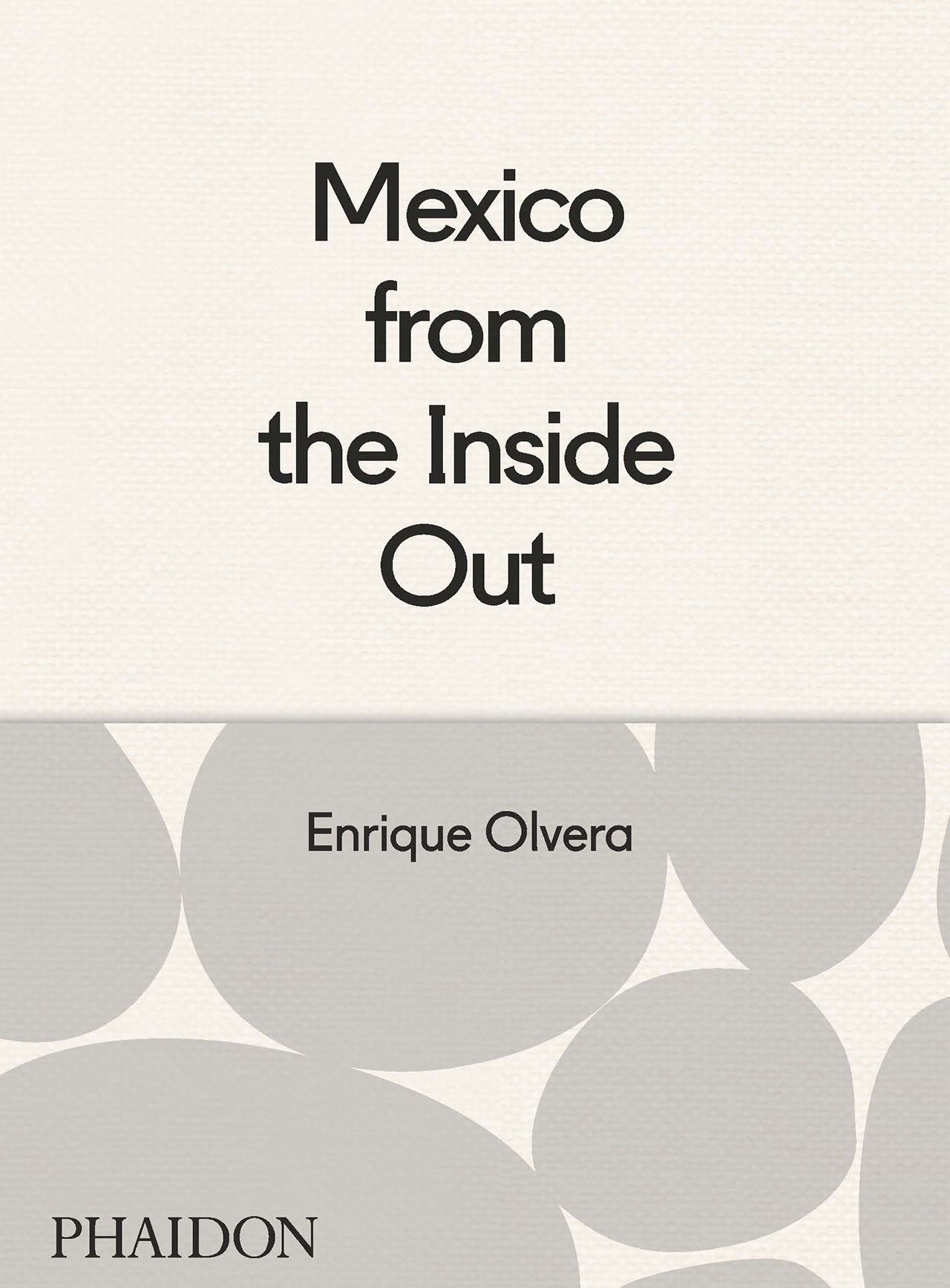 Mexico from the Inside Out

“Mexico from the Inside Out” is a pleasure to read, equal in measure to the delight of eating at Enrique Olvera’s restaurant Pujol in Mexico City. Pujol is my favorite restaurant in the world, and in this book, Olvera articulates his journey that led to a modern interpretation of his native Mexican cuisine, and to the showcasing of Mexican ingredients and flavors as haute cuisine. Mexican cuisine, both high-end and every day street foods like taco, are enjoying the limelight of the world stage right now, and much credit has to be given to Olvera. With the opening of his New York restaurant, Cosme, though a more casual establishment than Pujol, Olvera introduces New Yorkers to how unexpected modern Mexican cuisine can be. His own style of cuisine is healthy and light, focusing on fresh ingredients, while retaining the essence of traditional flavors. While the presentation is always immaculate, there is a sense of comfort in Olvera’s food that is easy to relate to, unlike other similarly conceptual haute cuisine restaurants in the world; and he does not sacrifice flavor to conceptualism as many chefs do. “Mexico from the Inside Out” is arranged in three parts: the first are recipes from Pujol, which is intended for professional chefs. The second part includes recipes from his other restaurants, including Cosme; these are everyday dishes that home chefs can attempt. The last section is a glossary of ingredients, dishes and techniques. This recipe for the corn husk meringue with corn mousse is from the second part of the book, and definitely worth trying. 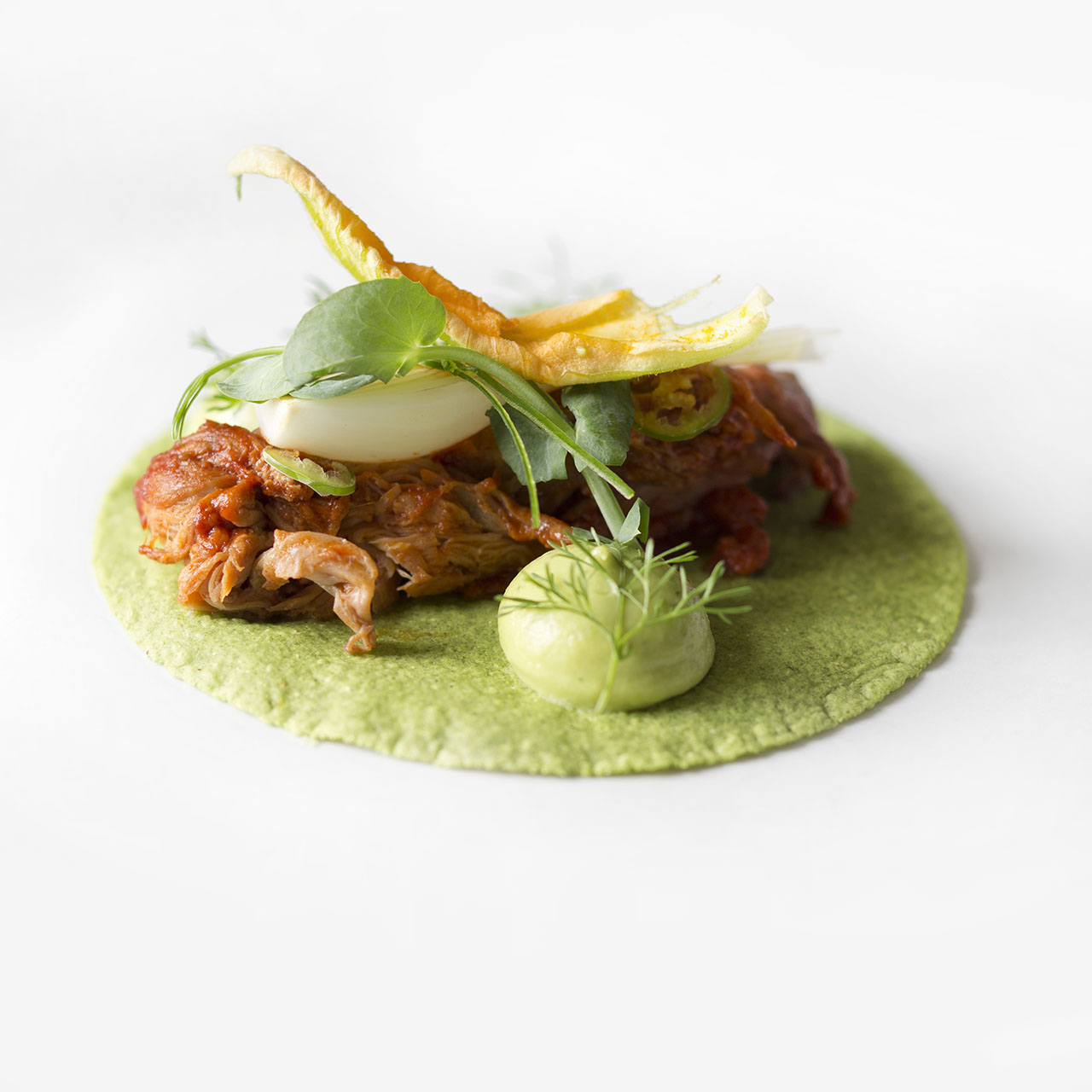 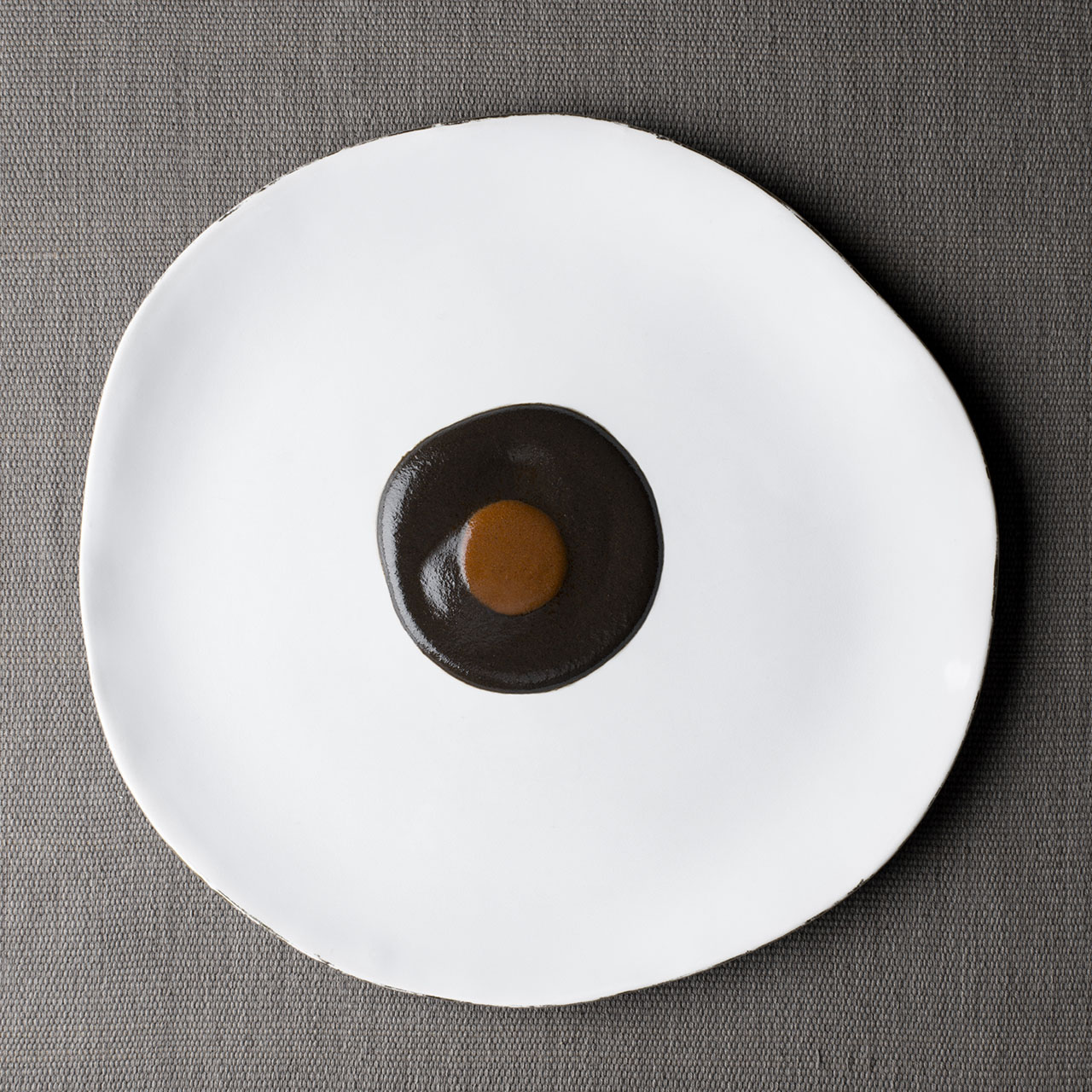 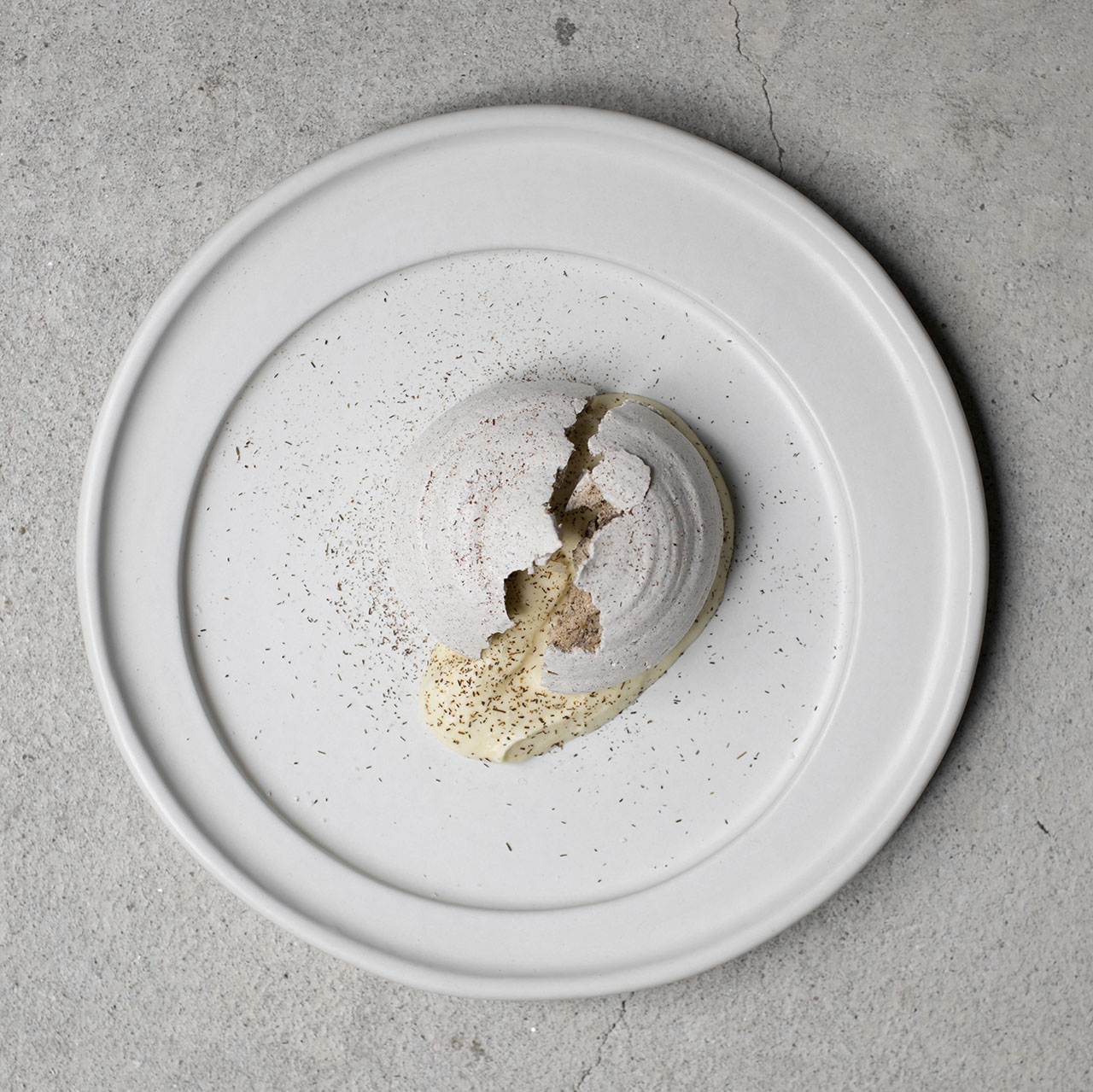 Place the corn husk leaves on a sheet pan and bake in a 450°F (230°C/Gas Mark 8) oven until browned and very dry. Let cool, then grind to a fine powder and sift. In the bowl of a stand mixer fitted with the whisk attachment, whisk the egg whites until soft peaks begin to form. Add the sugar in 3 parts, whisking until medium peaks begin to form. Add all but 1 tablespoon of the corn husk powder and whisk until well mixed. Place the mixture in a pastry bag with a medium plain tip and pipe out 3-inch (8cm) meringues onto a baking sheet lined with a silicone mat. Let dry in a dry place for 2 hours. Bake in a 195°F (90°C/Gas Mark 0) oven for 1 hour to 1 hour and 10 minutes until the meringue is set. Remove from the oven and let cool.

Cook the corn kernels with the milk in a pan over medium heat. Bring to a simmer; add the cream, sugar, and salt and cook until the corn is soft. Blend to a puree and strain (sieve).

Whisk the cream until medium peaks begin to form. Mix the cream of corn and mascarpone cheese in a bowl. Carefully fold in the whipped cream.

Divide the corn mousse among 4 plates and top each with a meringue. Finish with a sprinkling of the reserved corn husk powder.