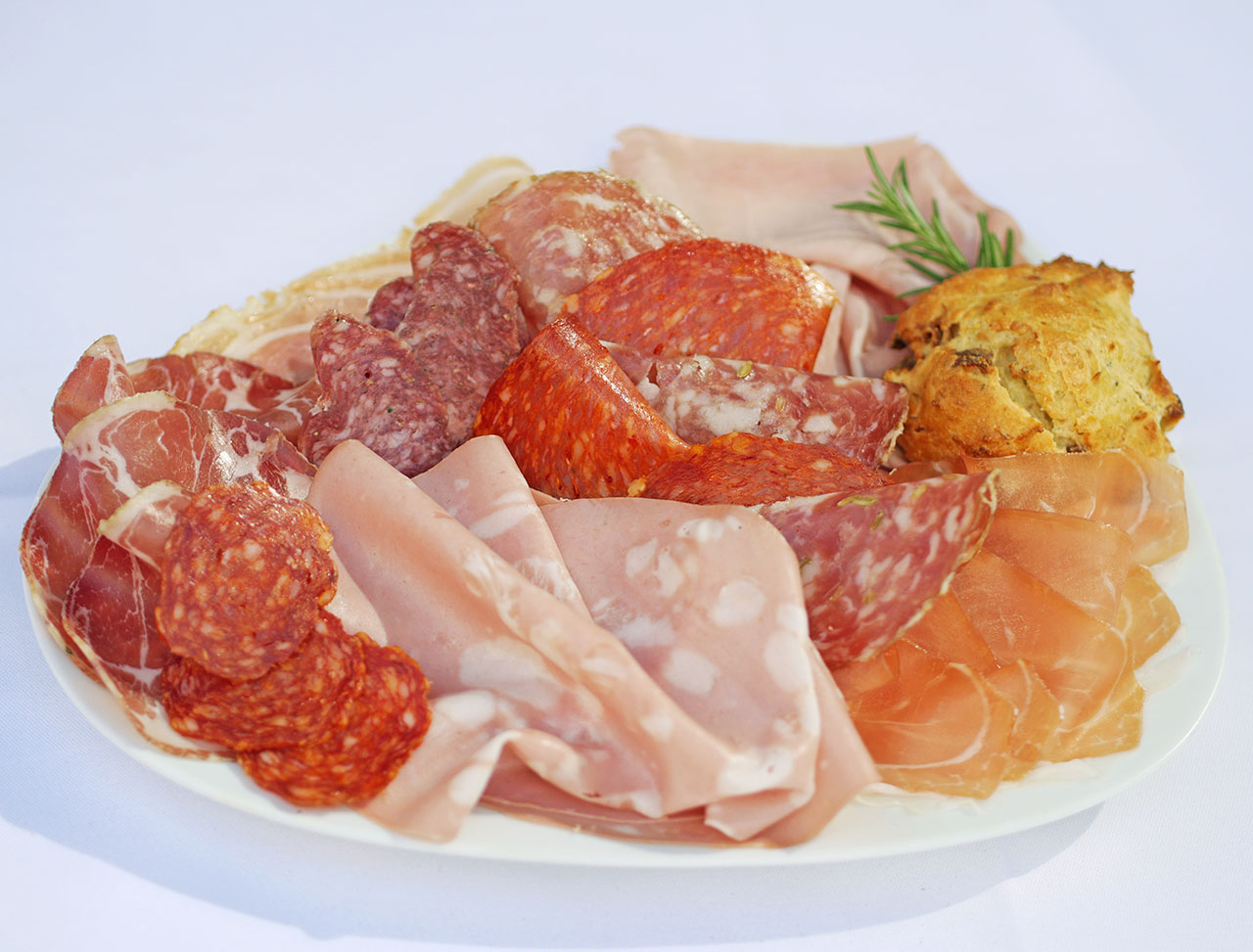 If it’s your first time at Il Ristorante Rosi, order the Gran Piatto (large dish) to try the widest selection of chef Cesare Casella’s ethereal salumi, including the imported garnet-toned prosciutto di Parma, lard-flecked mortadella and pale pink Parmacotto ham. Michele Zanichelli, who works Salumeria Rosi’s meat and cheese counter with buoyant enthusiasm, explains that the combination of ancient cellars and sea air enriched by passage through the Apennines creates the unique terroir expressed in Parma’s ham; only prosciutto made according to strict standards in a small area of the province bears the crown-shaped stamp that is the imprimatur of true prosciutto di Parma. If you’re lucky, you might find in stock a rare treat: a prosciutto aged for five years that commands a $40-per-pound price.

Since the import of certain cured salamis from Italy is still prohibited, Casella works with top-quality New York and Pennsylvania producers to create more than a dozen types of Italian-style salumi, from fennel-spiced finocchiona to the cured pork loin known as mustela. The accompanying prosciutto puffs are delicious, essentially Salumeria Rosi’s answer to French gougères: puff pastry enriched with Parmesan and studded with prosciutto. If you happen to visit Casella’s Salumeria Rosi on the Upper West Side, try the equivalent of the Gran Piatto, the Selezione del Salumiere, which comes in two sizes and is available all day.