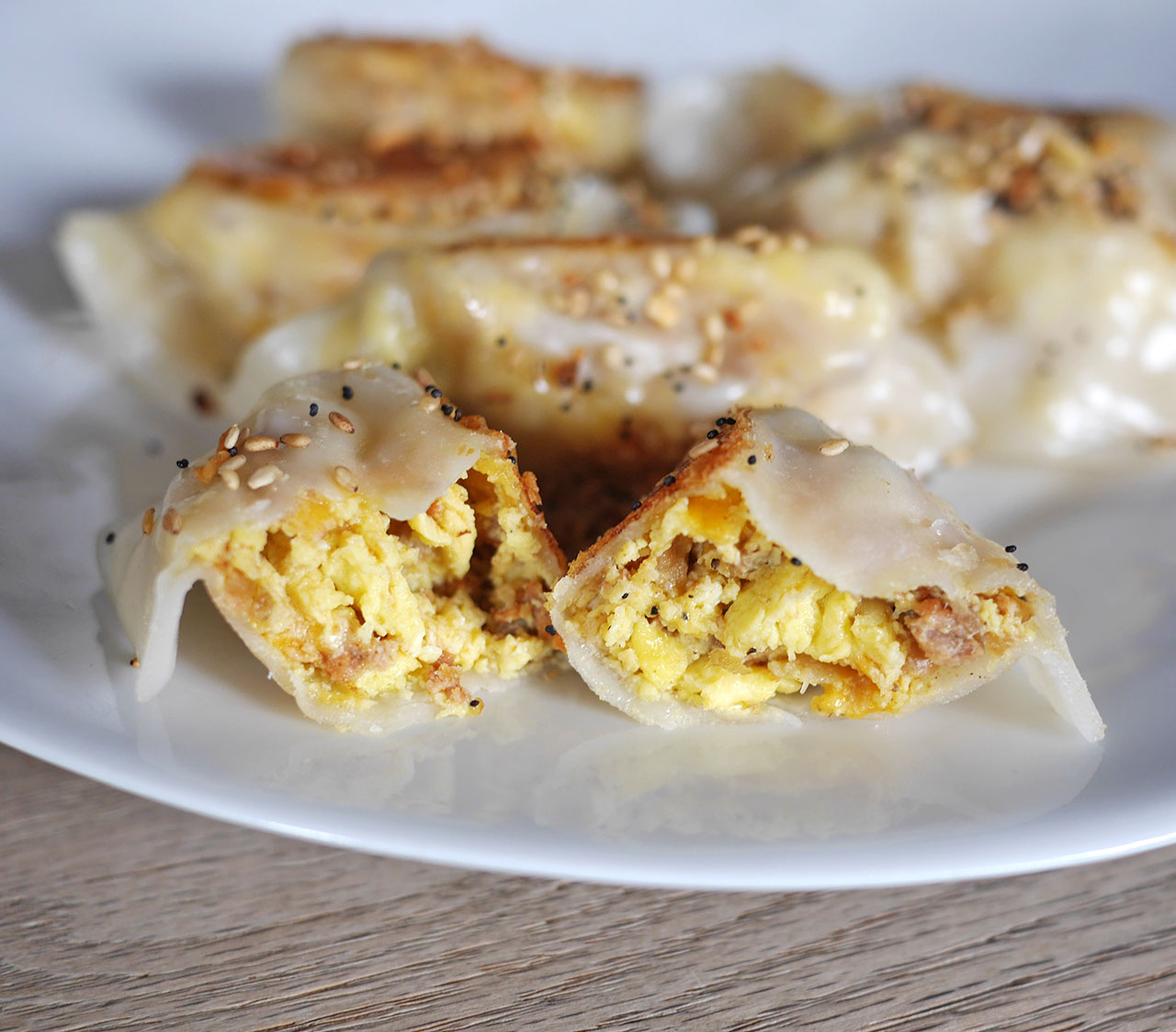 Mimi Cheng’s dumplings are not cheap compared with Dumpling Galaxy’s, but Mimi’s is in Manhattan and sources local, sustainable meats and vegetables when possible. The Cravings Cheng Sisters’ favorite dumpling at Mimi’s is the mighty veggie, pan-fried. The flavor and texture comes closest to an authentic Taiwanese vegetable dumpling — The Cheng sisters of Mimi Cheng’s also have Taiwanese roots — though it uses Western vegetables like kale and zucchini with egg and shiitake mushrooms. However, January’s dumpling of the month, a breakfast dumpling with maple sausage, egg and cheese, pan-fried, sprinkled with fried shallot and sesame and served with ketchup, has won my heart. The fun play on East meets West really works. And this goes back to my theory that any dumpling with egg in it is a winner. 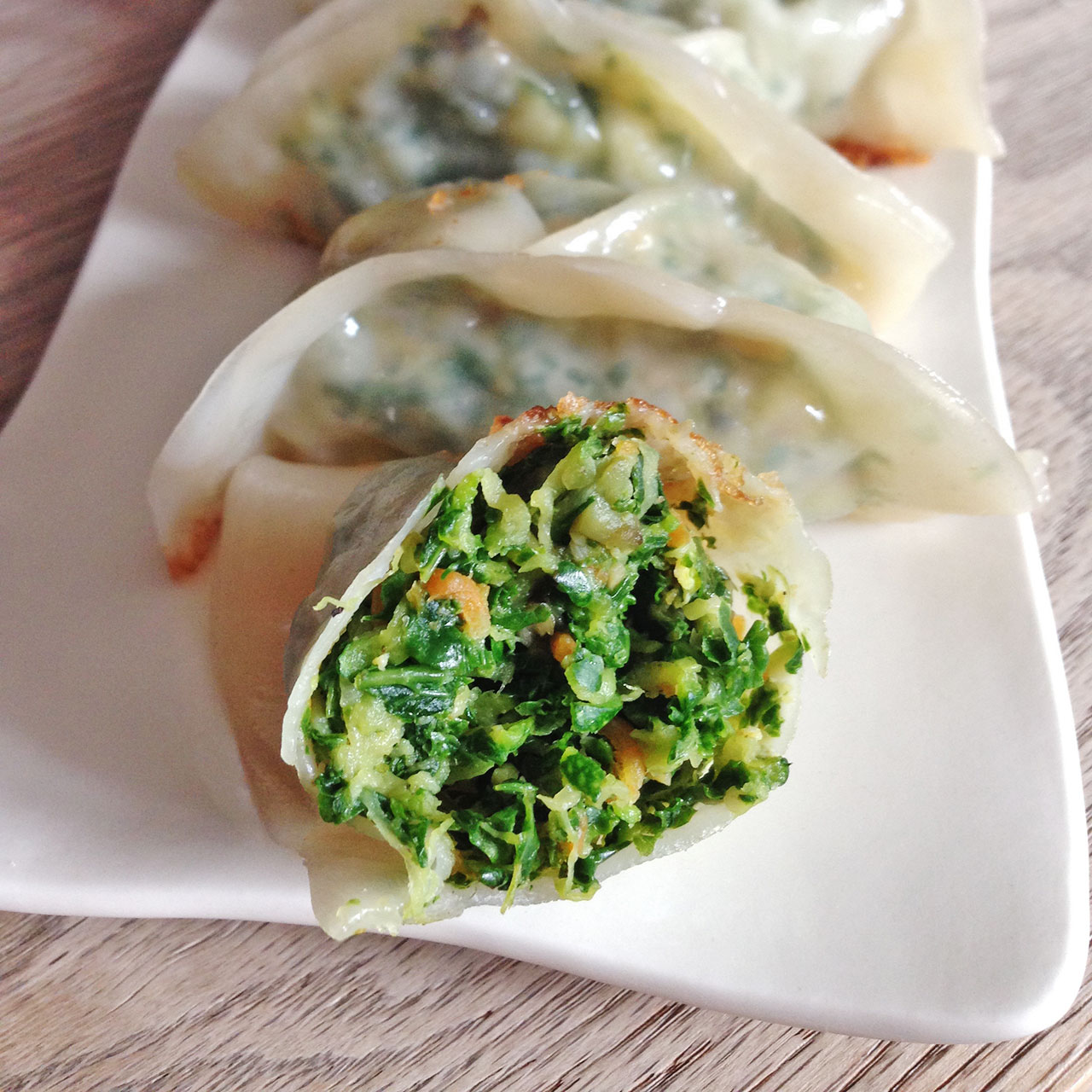