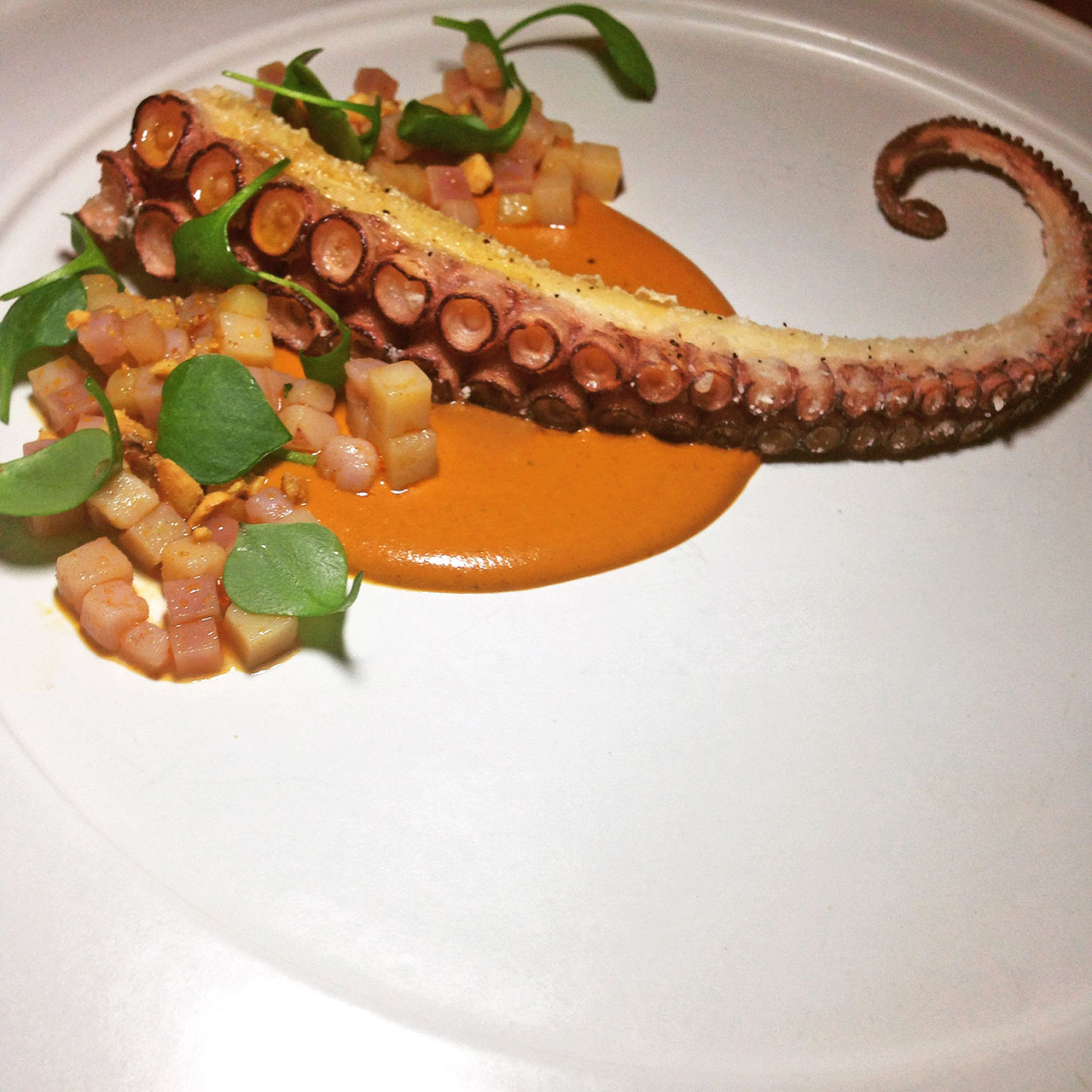 Cosme is one of the best new restaurants in the city. I have been eagerly waiting for Mexican chef Enrique Olvera, one of my favorite chefs in the world, to bring his modern Mexican cuisine to New York. Two years ago, I traveled to Mexico City to dine at Pujol, chef Olvera’s flagship that earned him a top 10 spot in The World’s 50 Best Restaurants. Of The Word’s 50 Best Restaurants I’ve visited, Pujol was my favorite — it offered a modern interpretation of familiar flavors without sacrificing the homestyle essence of the ingredients. Truly marvelous! Cosme is more casual than Pujol, and serves an à la carte menu. It’s difficult to get a reservation, and the New York pricing of dishes makes Pujol seem like a steal, but the good news is you can walk in and eat at the bar. Some of my favorites on the menu include the uni tostada, the chicharrón with salad, the smoked raw sepia and the crispy octopus. The octopus is flash-fried and served with a hazelnut mole, with pickled potatoes, watercress and Mexican oregano. Consistency may be an issue, as the octopus I was served at the bar was not quite as tender as the one I had in the dining room, but the pairing of the elements, especially the mole, is in perfect balance, and I would certainly try it again a third time in the name of justice.