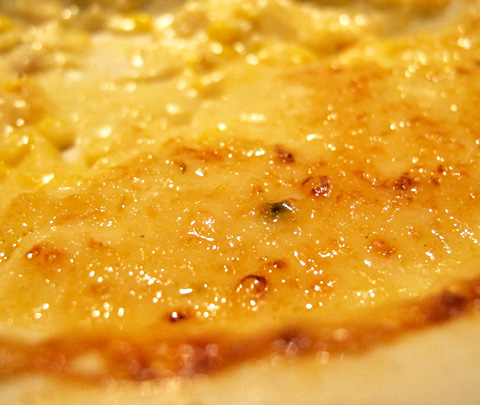 While the menu at Killen’s Steakhouse may seem like standard steakhouse fare, don’t be fooled. Chef Ronnie Killen’s cuisine is intricately considered, delicious and fun. Take the creamed corn for example. This modern twist on creamed corn makes it a cross between a must-have side and dessert. Fresh corncobs are soaked in milk and cream to infuse the creamy mixture with corn flavor, then the kernels are sautéed in butter and blended into the infused milk to make sauce. Killen adds a little cayenne and Parmesan before putting it in the salamander to brown. What comes out is a corn crème brûlée with both sweet and savory notes. What I like best about Chef Killen’s cuisine is that it’s subtle. It’s hard to pull off subtle in a bold cuisine like steak, but he does – beautifully.