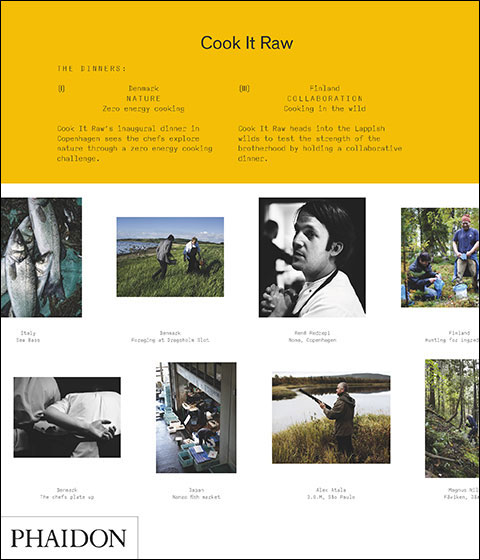 “Cook It Raw” chronicles the first four of the Cook It Raw events, in which a selection of 15 of the world’s most innovative chefs — including René Redzepi (one of the event organizers), Magnus Nilsson, Daniel Patterson, Yoshihiro Narisawa and Fredrik Andersson — gather in remote areas of the world to collaborate and cook with fresh foraged and hunted ingredients. Each Cook It Raw event culminates in a final meal of one dish by each chef. The first event was held in Copenhagen in 2009 as a response to the United Nations Climate Change Conference, and each event is anchored by a theme related to sustainability and culture. In Copenhagen, the chefs celebrated nature via no-energy cooking; in Collio, the limitations and harshness of winter challenged their creativity; in Lapland, the focus was on collaboration rather than competition; and in Ishikawa, the chefs explored how innovation builds on tradition. 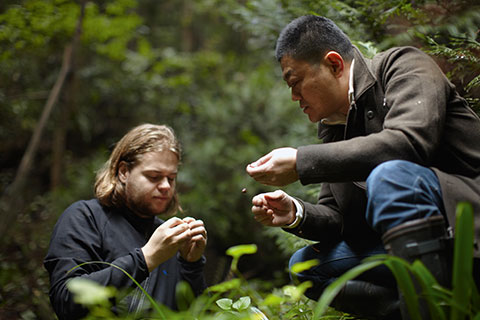 The book recounts these events in four chapters, each made tonally distinct by the commentary of different journalists and chefs. But consistent throughout the book is an overarching enthusiasm for the collaboration. The book includes vivid descriptions of each dish and some of the thought processes behind them. As with any kind of art interpretation, it’s illuminating to consider a culinary artist’s intent. Of course, the meanings behind some of dishes are more obvious than others. Chef Massimo Bottura’s dish, for example, made a clear environmental statement with its use of “blood” (beet juice) fingerprints and its title, “We should never stop planting.” 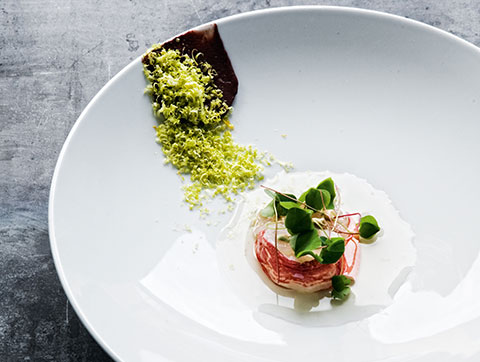 Cook It Raw is the culinary equivalent of a round table of the most preeminent philosophers. Both cerebral and physical, the book makes the chefs’ energy and enthusiasm palpable and is evidence that the culinary arts resonate beyond the palate. Cooking can be a force of change to unite the world with bonds as strong as the chefs’ friendship. 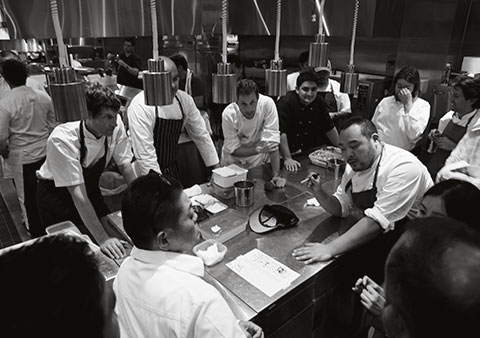 The chefs discuss their plans for the final dinner in Ishikawa. Photography credit: Erik Olsson