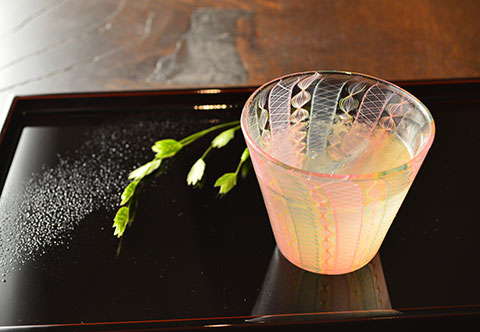 Although botanicals may be grabbing the spotlight in American cocktail culture, in Tokyo, mixologist Gen Yamamoto is creating ravishing cocktails where plants, herbs and spices play supporting, not starring, roles. Front and center are the varied and lovingly cultivated fruits and vegetables of Japan. Using ingredients such as edamame, fava beans, coarsely ground roasted almonds and fruit confitures, Yamamoto turns out cocktails of unparalleled softness and balance at this serene eight-seat bar in Azabu-Juban.

His current menu sounds as delicious as the spring selection that I tried. One example: a cocktail made with basil, milk and sweet potato shochu topped with a granité of plum confiture. I also wish I could try the combination of Yamanashi peach and a shochu made with the lees of daiginjo sake, as well as another cocktail that features Okinawan “shekwasha” (a type of sour citrus fruit also known as citrus depressa, hirami lemon and flat lemon), golden ginger from Kochi Prefecture, Nagata lemongrass, sansho pepper and barley shochu from Oita.

Yamamoto lit up the Manhattan cocktail scene like a shooting star during his all-too-short stint at David Bouley’s Brushstroke before returning to Tokyo in 2012 and opening Bar Gen Yamamoto less than a year later. New York’s loss is Tokyo’s gain.