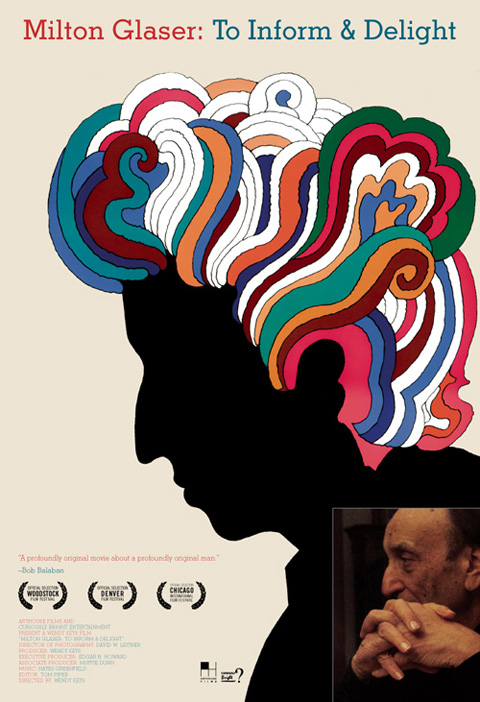 To Inform and Delight

A documentary on the co-founder of New York magazine and one of the most influential graphic designers of our times, Milton Glaser, is long overdue. Milton Glaser: To Inform and Delight (2008), couldn’t be a more aptly chosen title. The articulate Glaser, most famously known for his creation of the I Heart NY design, chats us through his career with ease, humor, humility and a sense of intimacy.

One of the funniest and most memorable scenes in the film is Glaser, joined by a friend, describing his mother’s lamentable cooking skills. As one of the original columnists for New York magazine’s “Underground Gourmet,” Glaser tells an honest and endearing story of the beginning of his culinary education in Bologna, Italy.

Of course, we were thrilled to see Celia’s cameo in the film. As her advisor at the MFA Design program at SVA (School of Visual Arts), Glaser talked Celia through her original ideas for Cravings!

Don’t miss this gem of a documentary.

P.S. For the record, both Cheng sisters have now had their fifteen minutes of fame on the big screen. Read more here about my role in Olivier Assayas’ documentary on Taiwanese director, Hou Hsiao-Hsien.