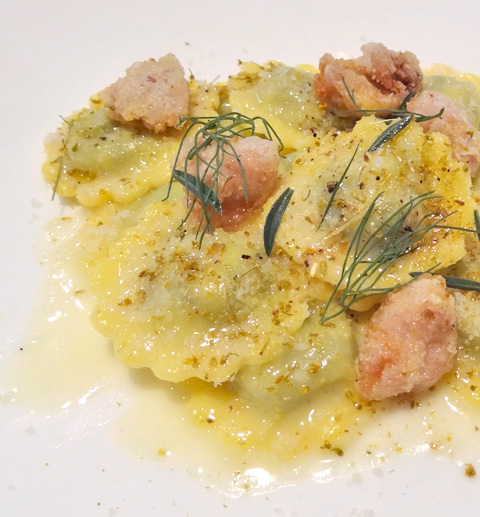 As much as chef Missy Robbins tries, she can’t take this dish off the A Voce Madison menu; it’s become a menu staple. It’s no wonder. These buttery bliss bombs, a version of a traditional stuffed pasta of the Dolomites region in northern Italy, are filled with a mixture of ground sweetbreads, spinach, fennel, pecorino and garlic, and crowned with light-as-clouds nuggets of fried sweetbreads. Robbins says the secret to their ethereal lightness is all in the poaching, which is done very gently before the morsels are dusted with cornstarch and fried. A Voce’s chef de cuisine, Hillary Sterling, says this casunziei is the dish that made her mother a sweetbread lover. Once you try it, odds are you, too, will be among that special interest group that insists it stay on the menu.