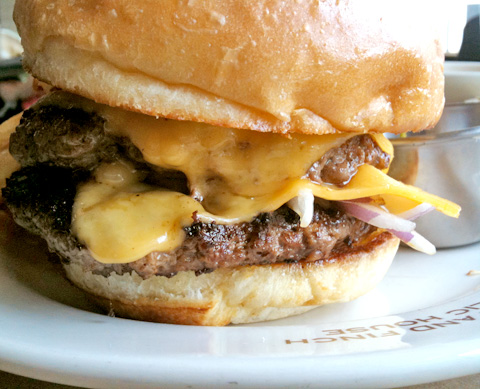 It’s been a while since I’ve found a burger that topped my list and I wasn’t expecting to have my new favorite burger from Atlanta — rather inconvenient for when the craving strikes as I will need to fly. But the burger at Holeman and Finch is nothing short of phenomenal! Monday through Saturday nights, only 24 orders are served starting at 10pm, and during Sunday brunch there’s 120 orders waiting to be snatched up. The bun, pickles, ketchup and mustard are homemade. Served with two thin patties made from freshly ground brisket and chuck roast, which has higher fat content hence its unbeatable juiciness. Topped with melted Kraft American cheese, and handcut fries on the side. It was so amazing we had to order another one after our first.