Dale Talde grew up bicultural in Chicago, an American of Filipino heritage. He was immersed in Filipino foods at home, but also adored American fast food — two passions that melded together in his life as a chef, resulting in his own style of cuisine that is “proudly inauthentic” but true to the heart and relatable (hence why his Brooklyn restaurant, Talde, is perpetually packed). Dale’s new cookbook, “Asian-American: Proudly Inauthentic Recipes from The Philippines to Brooklyn,” includes 75 recipes and is an unexpectedly fun read, raw and real. He talks about his background and how he came around to cooking his own version of Asian-American cuisine, the kind that resonates with current city dwellers; as most of us grew up with tacos, egg rolls, pad Thai and shawarma as part of our American upbringing. Throughout his career as a chef, he was stereotyped as the Asian in restaurant kitchens, which helped him realize how to create his singular brand of Asian-American cuisine that represents both him and the cravings of an entire generation. His recipes bring you home, rather than try to transport you to another place. He emphasizes that you don’t have to spend hours making everything from scratch, and a smart cook can be lazy and “delegate” by buying many premade ingredients. One of my favorite dishes at Talde is the crab fried rice with jalapeño aioli, and it was so much fun to make at home. Here I’m sharing the recipe for the bao-ed lobster in warm chile butter, another simple recipe that will warm your belly. 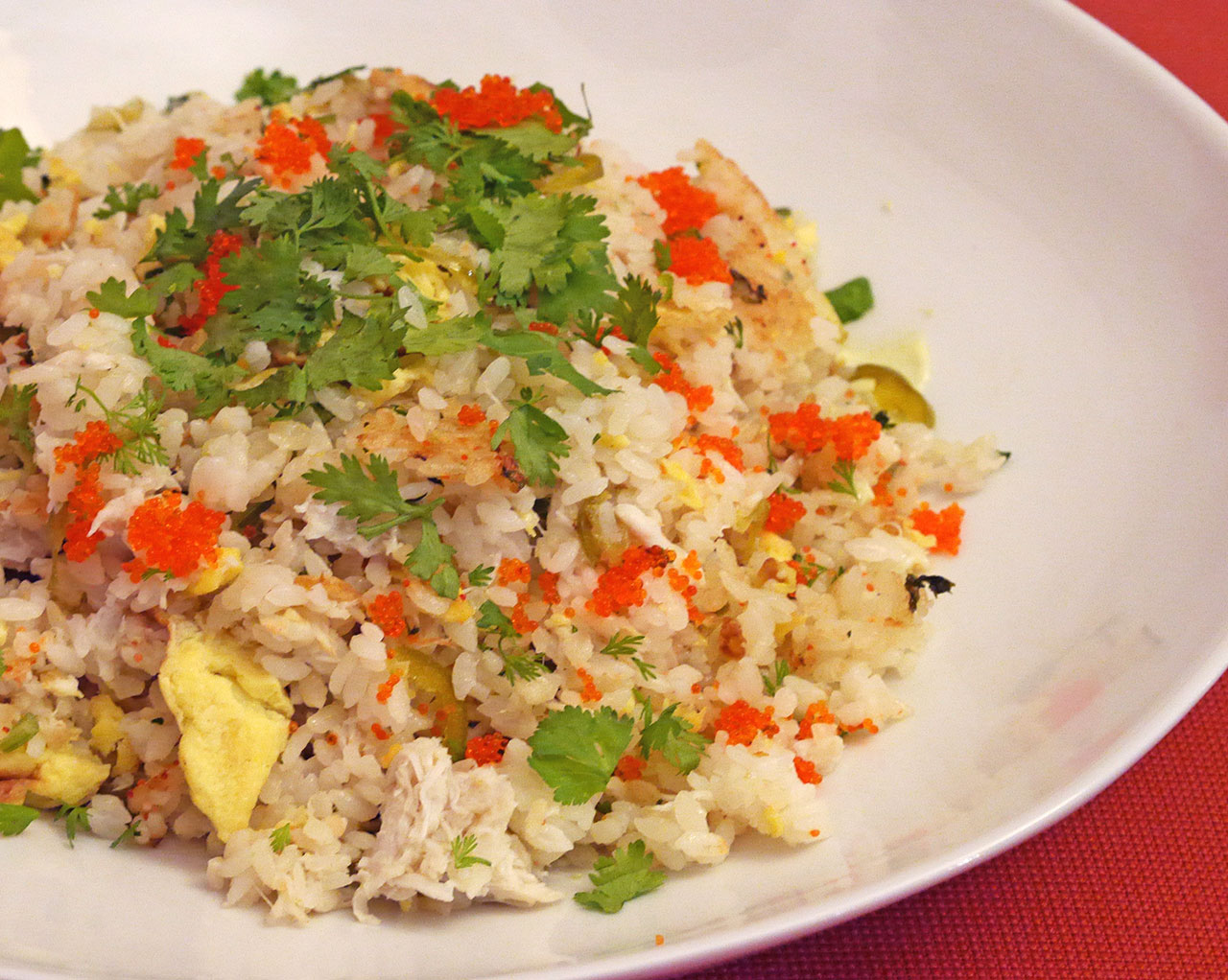 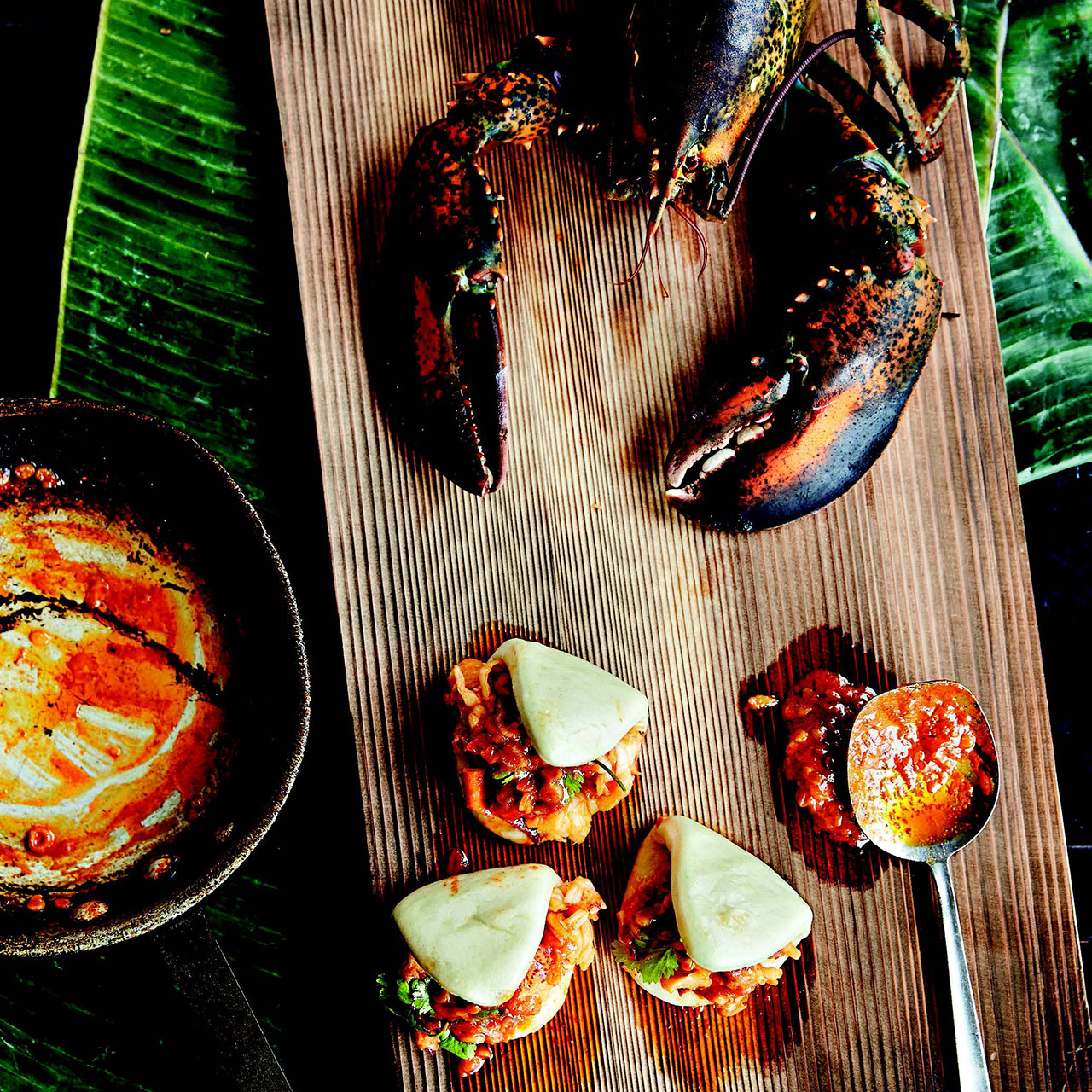 I have no loyalties when it comes to lobster rolls. If you pile sweet chunks of crustacean on a bun, I’m sold. Yet there’s something about the Connecticut style—warm, buttery lobster as opposed to the chilled mayo-coated Maine style—that gets me particularly amped. Purists, look away: I use scallion, cilantro, and Sriracha in my version. For anyone who thinks Sriracha is played out, I dare you to taste what happens when it gets mellowed with butter and brightened with lemon juice. Chinese steamed bao buns provide a slightly sweet, doughy backdrop similar to the classic split-top bun.