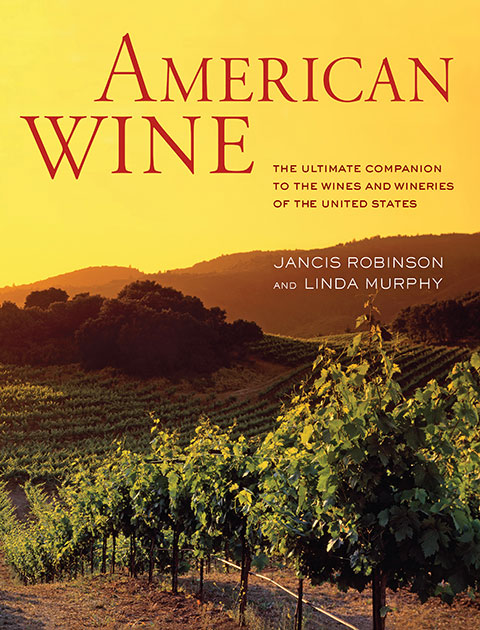 American Wine: Where Are We Today?

I’m very excited about Jancis Robinson and Linda Murphy’s “American Wine.” It is high time for the validation of American wines beyond the few star states (namely the holy trinity: California, Washington and Oregon) that usually get all the attention. Since my own wine career debuted with New York wines, I came to learn about Old World wines via American wines, and I love seeing the tribute they’re being paid now.

I often have to remind myself of how young the American wine industry really is. As Robinson and Murphy remind us, our first American Viticultural Area (AVA) was only established in 1980 — and it wasn’t in California, but rather in Augusta, Missouri! I love all the key historical facts and tales that the authors include to illustrate how far we’ve come as a wine-drinking and wine-producing nation. For example, they point out that Prohibition not only “stopped winemaking dead in its tracks throughout the country,” but it still has long-lasting effects today. The Judgment of Paris in 1976, which gave American wines the validation to be on the world scene, was another turning point in shaping our wine culture.

The book opens with a good historical overview of how America first embraced wine. Then it covers the wine production of all 50 states, from the West Coast to the East Coast. Of course, it comes as no surprise that California takes up the biggest section of the book, given that it is responsible for 80 percent of all American grapevines. But the best part of the book is its coverage of the states (such as Arizona, Hawaii and Ohio) that very few people would associate with winemaking. Even though New York is the fourth-largest wine producing state in the U.S., it is not likely to be known for wine production by most consumers. And I was especially fond of the section on Idaho, a state with just one AVA (Snake River Valley) and 48 wineries, since I’ve visited the wine region. While very few people have yet tasted a Viognier or Tempranillo from the Potato State, the same could have been said for California before the Judgment of Paris, not all that long ago. The book honors these little known, but emerging, states with great respect and depth. 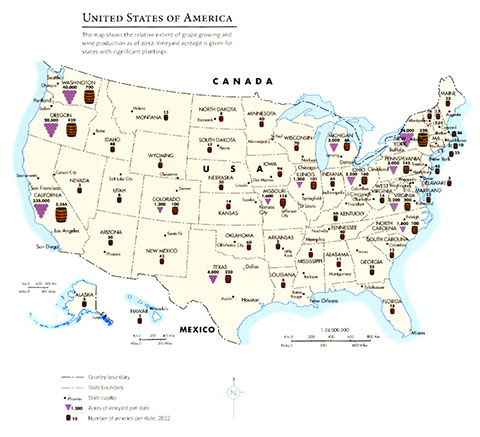 At the end of the day, what is local and native is what sets us apart — and that’s especially true for American wines. “The fifty states may be united as a nation,” Robinson and Murphy write, “but when it comes to winemaking history, culture, and viticulture, each may as well be its own country.” I love the page dedicated to native American varieties (such as Concord, Niagara and Norton) and hybrids (such as Brianna, Seyval and Chambourcin).

The close-up sections on wine producing regions within each state go beyond the climatic and terroir distinctions to address the qualities and personalities that are intimately tied to the land. For example, the section on Sonoma Valley highlights America’s biggest Zinfandel advocate, Joel Peterson, founder and winemaker of Ravenswood Winery. His preservation of old-vine Zins dating from the 1800s is an important part of the legacy of American wine. Robinson and Murphy also highlight the next generation via Joel’s son, Morgan Twain-Peterson, who is blazing new trails in wine country with Bedrock Wine Co.

“American Wine” shows how open the horizons of American wine country are — so many excellent wineries to celebrate and so much growth and development yet to come. It’s only a matter of time before a Michigan Riesling is just as synonymous as a California Zinfandel with classic American wine.