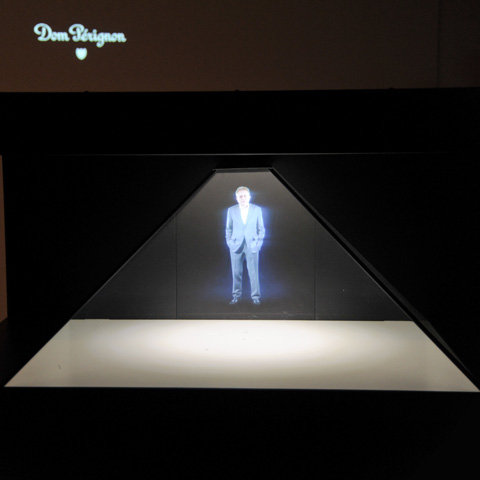 Champagne and foie gras for breakfast is not the norm. Neither is the cellar master of Dom Pérignon appearing before your eyes in a hologram. Indeed, this was a first for Dom Pérignon: a global, simultaneous launch of the 2003 vintage, bringing together wine and luxury media from around the world via live video feeds and Twitter.

Timing is everything. At exactly 9:30 a.m. — breakfast in New York means lunchtime in Paris and London and well into the evening in Hong Kong and Tokyo — Richard Geoffroy, chef de cave at Dom Pérignon (the Dom maker, as I call him) popped up in a hologram to announce the launch of the 2003 vintage. That year was a challenging vintage marked by extreme climate swings — spring frost coupled with a major heat wave in the summer. Geoffroy talked about Dom Pérignon’s embrace of those challenges — the power of the ripe grapes and a particularly low dosage to counterbalance the intensity of the vintage. The extraordinary launch was befitting of the one-of-a-kind vintage. 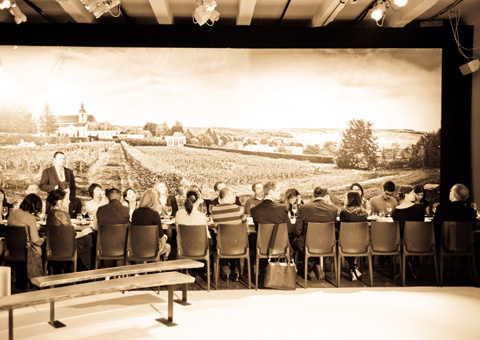 For breakfast, we started with a delicate egg dish and ended with pan-fried foie gras with a mole sauce — an unlikely dish to pair with Champagne, but this baby Dom had all it needed to stand up to the rich foie and its dark chocolaty sauce. Tasting is believing.

Like the 2003 vintage, the event showed that challenges are actually possibilities for the unexpected — from a pairing faux pas-made-right to a face-to-face morning happy hour with colleagues across the globe. It was all zippy and immediate, like the live tweets flying around the world, and like Geoffroy the hologram — now you see him, now you don’t. The 2003 Dom might not be a wine to age, but it’s as unusual and timely as its launch.